By leaving the country, Carlos Ghosn has "lost the opportunity to prove his innocence and vindicate his honour," the paper added 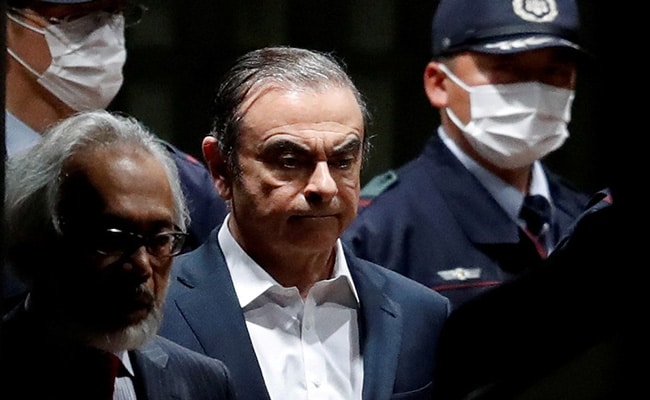 Carlos Ghosn's actions had made a mockery of the Japanese justice system: Report

The usually staid Japanese media lambasted the "cowardly" Carlos Ghosn on Wednesday, after the tycoon jumped bail and fled to Lebanon to avoid trial in Japan.

"Running away is a cowardly act that mocks Japan's justice system," said the Yomiuri Shimbun, with Ghosn facing multiple charges of financial misconduct -- all of which he denies.

By leaving the country, Ghosn has "lost the opportunity to prove his innocence and vindicate his honour," the paper added, noting that the court, his defence lawyers and immigration control officials also bore some blame in the affair.

The liberal Tokyo Shimbun also said Ghosn's actions had made a mockery of the Japanese justice system.

"The defendant Ghosn insists he escaped political persecution... but travelling abroad without permission is against the conditions of his bail, and mocks the Japanese justice system," the paper wrote.

"There is a high probability that the trial will not be held, and his argument that he wants to prove his innocence is now in question."

Some media noted that the decision to give him bail -- seen by some as unusual at the time -- now looks unwise.

Prosecutors had argued at the time that he was a flight risk with powerful connections, but Ghosn himself had said he wanted to be tried to prove his innocence.

One of his defence lawyers at the time has said he was such a famous face that there was no chance he would be able to slip away undetected.

The conservative Sankei Shimbun noted that prosecutors believed the court had yielded to "foreign pressure" by offering him bail, amid widespread criticism in the global media of Japan's "hostage justice system" that allows for lengthy and repeated detention.

In December 2018, the court declined prosecutors' request to extend Ghosn's detention by 10 days -- a surprising decision as the extension is usually almost automatic.

And in fact Ghosn was bailed twice, once in March and a second time after he was re-arrested in April.

"All of these were rare decisions," said the Sankei.

The centre-left Mainichi Shimbun quoted a senior prosecutor as saying: "This is what we predicted."

"This has ruined the prosecutors' painstaking work" of collecting evidence in Japan and abroad against him.

"The entrepreneur who ran Nissan for so many years and was well-known internationally turns out to be this kind of person. My jaw hit the floor. I can't find the words to express myself."