Japan suffered two nuclear attacks by the United States at the end of World War II - first in Hiroshima and then in Nagasaki three days later. 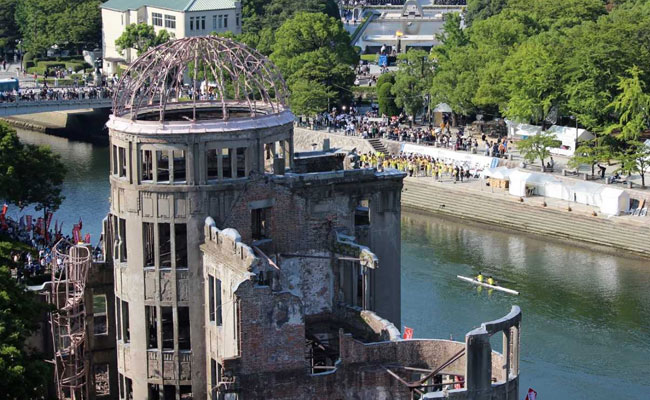 The skies over Hiroshima's Peace Memorial Park were clear, just as they were on August 6, 1945, when an American B-29 bomber dropped its deadly payload on the port city dotted with military installations, ultimately killing 140,000 people.

Hiroshima Mayor Kazumi Matsui, standing at the park near ground zero for the annual ceremony, appealed for a world without nuclear weapons and sounded the alarm over increasing nationalism.

Without naming specific nations, he warned that "certain countries are explicitly expressing self-centred nationalism and modernising their nuclear arsenals." 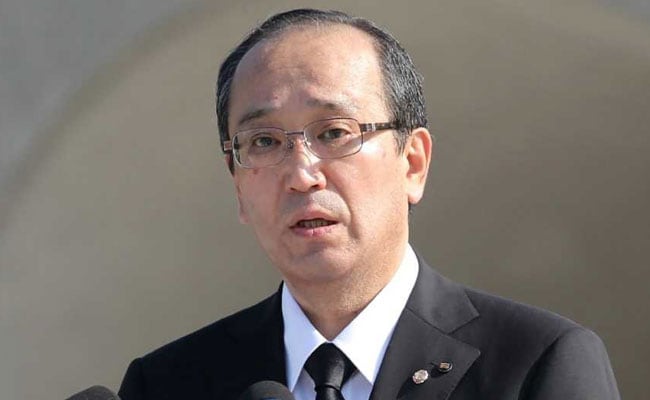 They were "rekindling tensions that had eased with the end of the Cold War", he added.

He urged the abolition of nuclear weapons, in a year when President Donald Trump pledged to increase the US nuclear arsenal.

"If the human family forgets history or stops confronting it, we could again commit a terrible error. That is precisely why we must continue talking about Hiroshima," Matsui said. 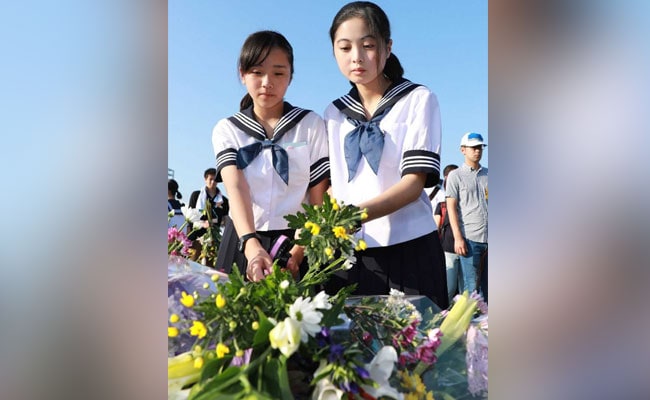 Families pay their respect and condolances at the memorial (AFP)

His call however highlighted Japan's contradictory relationship with nuclear weapons.

Japanese officials routinely argue that they oppose atomic weapons but the nation's defence is dependent on the US nuclear umbrella. 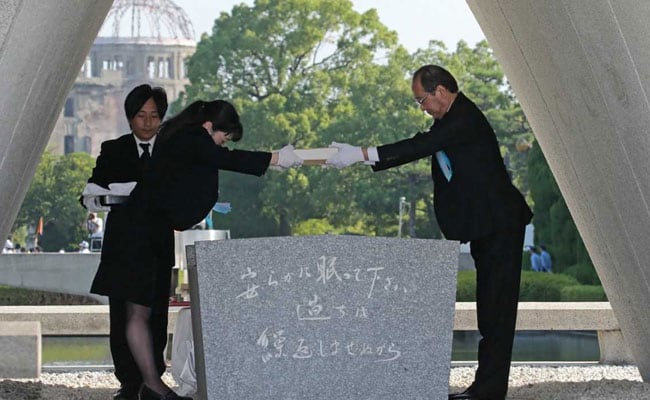 This year's ceremony comes amid a diplomatic push for the denuclearisation of North Korea that saw Trump and the North's leader Kim Jong Un hold unprecedented talks.

Japan has largely maintained a hard line on Pyongyang, in particular pushing for movement on citizens abducted decades ago by North Korean agents.

But reports suggest Tokyo is considering a summit soon between Kim and Prime Minister Shinzo Abe, with local media floating a possible meeting on the sidelines of an international forum in Russia's Vladivostok next month.

"Ultimately, I myself will have to directly face chairman Kim Jong Un and engage in dialogue and resolve the nuclear, missile and, above all, the all-important abduction issue, and then build new Japan-North Korea relations," Abe said in Hiroshima on Monday.

Abe, whose government has chosen not to participate in the UN Treaty on the Prohibition of Nuclear Weapons, said Japan had a responsibility to bridge the gap between nuclear and non-nuclear nations.

"In recent years, it has become evident that gaps exist among countries about ways to proceed with nuclear arms reduction," Abe told the ceremony, without directly referring to the treaty.

"Our nation, while maintaining our (non-nuclear weapons) principles, will patiently work to serve as a bridge between the two sides and lead efforts by the international community" to reduce nuclear weapons, Abe said.

Japan suffered two nuclear attacks by the United States at the end of World War II - first in Hiroshima and then in Nagasaki three days later.

Barack Obama became the first sitting US president to visit Hiroshima in May 2016.