Its initial strength was given as 7.2-magnitude but USGS later downgraded it to a 6.9-magnitude quake. 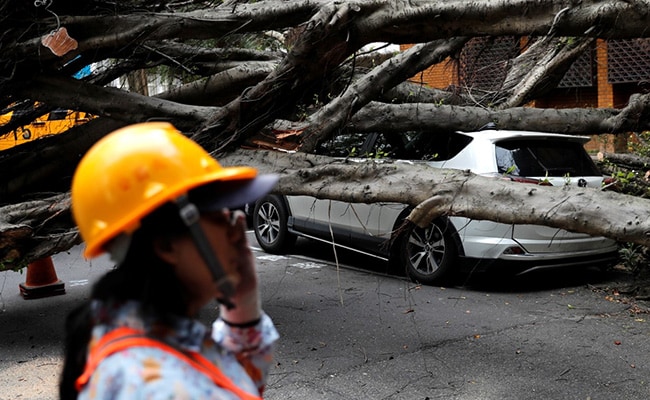 Live TV footage from the affected islands did not immediately show clear signs of high waves.

A strong earthquake struck Taiwan's southeastern coast on Sunday, the US Geological Survey said, bringing at least one building down in a small town and prompting Japan to issue a tsunami warning.

Its initial strength was given as 7.2-magnitude but USGS later downgraded it to a 6.9-magnitude quake.

At least one building collapsed in the town of Yuli according to Taiwan's semi-official Central News Agency.

Video posted by CNA showed panicked residents running towards the building which had caved in on itself and sent up a thick cloud of dust.

Shaking was also felt in the capital Taipei, an AFP reporter said.

A 6.6 magnitude quake hit the same region on Saturday and there have been multiple tremors since with minimal damage in what is a mountainous, sparsely populated rural region.

But Sunday's quake was much stronger.

Waves as high as one metre were expected to arrive around 4 pm (0700 GMT), it added.

Live TV footage from the affected islands did not immediately show clear signs of high waves.

The island sits on the Pacific "Ring of Fire", an arc of intense seismic activity that stretches through Southeast Asia and across the Pacific basin.

Taiwan's deadliest ever quake was a 7.6-magnitude jolt in September 1999 that killed over 2,400 people.