"A car hit a line of about 15 nursery school children out walking. Several people were injured," he added. 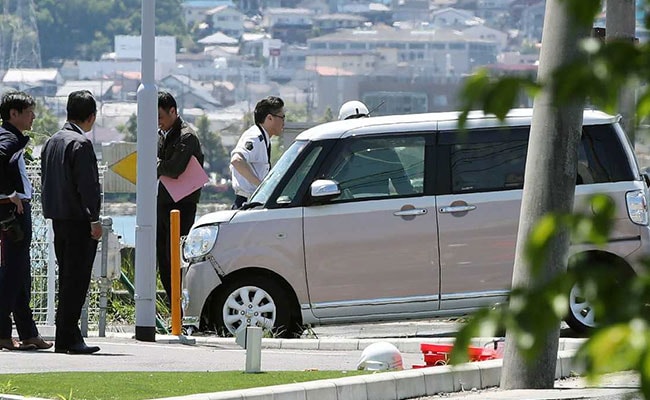 The accident occurred on a road in Ogaya in Otsu City, a police spokesman said.

A car ploughed into a group of kindergarten children in western Japan's Shiga region on Wednesday, killing two toddlers and injuring others, police said.

Police said the car veered onto the pavement after making "contact" with another larger vehicle that was turning at a junction in Otsu City.

The accident killed a girl and a boy, both two years old, a police spokesman told AFP.

"The (smaller) car rammed into a group of 13 nursery school children and three teachers who were walking on the pavement," the police said in a statement.

A police spokesman said some of the rest of the group suffered injuries but could not give further details.

The children and their teachers were on the pavement near a crossing when the small vehicle crashed into them. Japanese nursery schools regularly take children to the local park for playtime or out on short excursions during the day.

Footage on local media in the aftermath of the accident showed one car had veered up off the road and onto the pavement. A second car that appeared to have been damaged in a crash could be seen still on the road.

(This story has not been edited by NDTV staff and is auto-generated from a syndicated feed.)
Comments
JapanJapan's Shiga regionOtsu City