"He's Not A Hero": Man Who Stopped London Attack Is A Convicted Murderer

Convicted murderer James Ford, 42, was on day release from prison Friday when he saw the attack unfolding and rushed to help during the chaos. 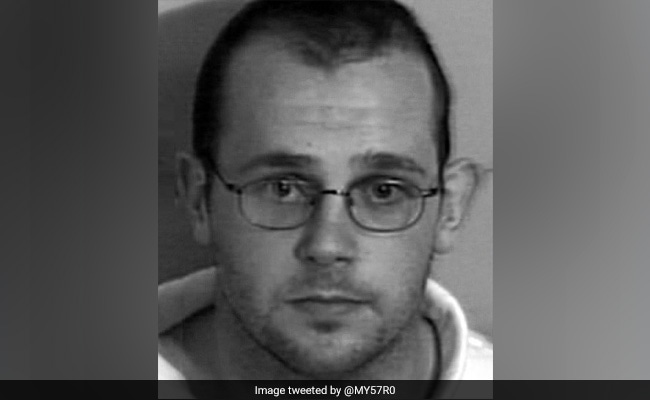 The quick-thinking bystanders who ran toward danger to help others during a terrorist attack on London Bridge on Friday swiftly earned the title of "heroes." But for the family of 21-year-old Amanda Champion, who was murdered in 2003, one of the men who intervened as the fatal knifing unfolded is anything but heroic.

Convicted murderer James Ford, 42, was on day release from prison Friday when he saw the attack unfolding and rushed to help during the chaos. According to British media reports, Ford had attended the same prisoner rehabilitation event as 28-year-old attacker Usman Khan, a convicted Islamist terrorist, who killed two people before being shot dead by police.

"He is not a hero. He is a murderer out on day release, which us as a family didn't know anything about. He murdered a disabled girl. He is not a hero, absolutely not," Amanda's aunt, Angela Cox, told the Daily Mail on Friday. "I don't care what he's done today, he's a murderer," she said.

"Yes, he did something nice, but that doesn't make up for what he has done. He's not a hero, and he never will be," Cox told BBC News on Saturday.

Ford in 2004 was jailed for life in the 2003 slaying of Champion, who, though 21, had the mental age of a 15-year-old. A judge recommended that he serve a minimum sentence of 15 years behind bars.

According to the BBC, Champion was strangled by Ford before he slit her throat. Her badly decomposed body was found close to her home in Kent, England, three weeks after her disappearance. At the news of her death, her family said: "We're not the family we were; we never will be any more."

At the time, Kent police said Ford's actions were a "motiveless crime and a senseless crime" and described him as a "very dangerous man."

Ford is believed to have contacted the British charity the Samaritans minutes after killing Champion to confess to the crime before disconnecting the call. He went on to contact the charity 45 times, telling staff he felt suicidal. Ford's flurry of calls eventually forced a call handler to report his confession to the authorities. Volunteers at the charity take a vow of anonymity, and in reporting Ford's call, the volunteer was forced out of his job, the Daily Mail reported.

Champion's family told the Daily Mail that they had been contacted by Kent police on Friday and told that Ford had been granted temporary release. "Any member of my family could have been in that area at the time," Cox said.

On Saturday, Queen Elizabeth II hailed the bravery of those who helped in the aftermath of Friday's deadly attack, saying: "I express my enduring thanks to the police and emergency services, as well as the brave individuals who put their own lives at risk to selflessly help and protect others."

London Mayor Sadiq Khan said he was in "awe of the people who ran toward danger to keep us all safe."

Following the attack, more details emerged about the actions of those who went out of their way to prevent further tragedy. One man jabbed the assailant - who was armed with two knives and wearing what turned out to be a fake bomb vest - with a decorative narwhal tusk he had pulled from the wall of the Fishmongers' Hall next to the bridge. Another let loose a spray from a fire extinguisher, while another disarmed the attacker and ran with the knife down the bridge.

One of Friday's victims was today identified as 25-year-old Jack Merritt. The second victim is believed to be female, but the identity has not yet been released.