The exhibition is conceived as a "lived experience" creation, based on work with descendants and communities to collect stories related to the Jallianwala Bagh massacre on April 13, 1919. 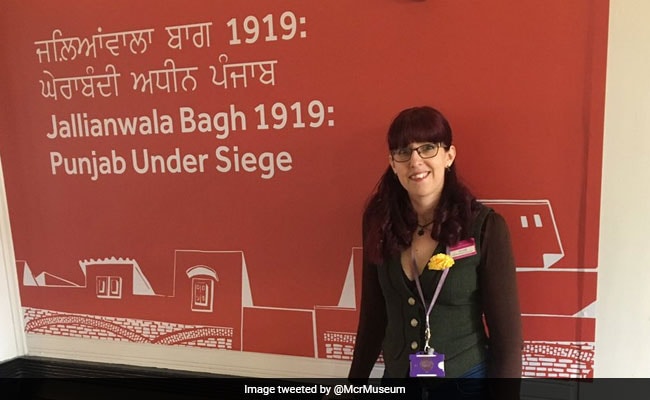 A museum in the UK has launched an exhibition on Jallianwala Bagh in collaboration with the Partition Museum in Amritsar to mark the centenary of the British colonial era massacre.

'Jallianwala Bagh 1919: Punjab Under Siege' opened at Manchester Museum in time for Saturday's 100th anniversary of the tragedy that affected thousands.

The exhibition is conceived as a "lived experience" creation, based on work with descendants and communities to collect stories related to the Jallianwala Bagh massacre on April 13, 1919.

"Revisiting the event, its causes and aftermath, the nuanced exhibition explores what we remember, how we remember it, and what we have forgotten, in India and the UK," Manchester Museum said in a statement.

"Protestors had gathered to challenge British rule before they were set upon by Colonel Reginald Dyer and his troops. Confined within an enclosed barren ground called Jallianwala Bagh in the Indian city of Amritsar, hundreds of Indians were killed and thousands injured. This was a defining moment in the fight for Indian independence and led to the eventual demise of the British Empire in South Asia," it adds.

The exhibition, supported by the Jallianwala Bagh Centenary Commemoration Committee (JBCCC), comprising prominent Indians and non-resident Indians (NRIs), is aimed at raising awareness around the peaceful protest to mark Baisakhi, the divergent British and Indian inquiry findings, and the ongoing social, political, and cultural response.

"It is an apt moment for the British government to offer an apology to India," Manjit Singh GK, Patron-in-Chief of the JBCCC, said.

"Both Secretary of State for War Sir Winston Churchill and former Prime Minister H H Asquith openly condemned the attack at the time, referring to it as monstrous and one of the worst outrages in the whole of our history," added Vikramjit S Sahney, Patron of JBCC.

There have been widespread calls for a formal apology to mark the 100th anniversary of the massacre this week, with the UK government earlier indicating that it was "reflecting" on the demand.

British Prime Minister Theresa May made a statement in the House of Commons earlier this week to say the UK "deeply regrets" the tragedy, which she described as a "shameful scar" on British Indian history.

"The wounds of the Jallianwala Bagh Massacre still haunt millions and should be laid to rest at this the centenary of the horrendous act," Veteran Indian-origin Labour MP Virendra Sharma, Chair of the Indo-British All Party Parliamentary Group, said in the Commons.

"I appreciate the Prime Minister's comments, and thank her for her earnest words, but they are only the beginning of an apology not the full and frank formal apology that the communities affected need. I would also like to offer my fullest thanks to Jeremy Corbyn for his words of support, and his commitment to a full apology when he becomes Prime Minister," he said.

The Jallianwala Bagh massacre has found prominence in the UK parliamentary agenda in recent months as both the House of Lords and Commons held debates to mark the centenary.

In their capacity as JBCCC members, Indian-origin peers Lord Meghnad Desai and Lord Raj Loomba had written to the British PM calling for an apology and will be marking the 100th anniversary with a special event in the House of Lords on Saturday night.