It was not immediately clear what caused the blasts at the Kampung Melayu terminal. 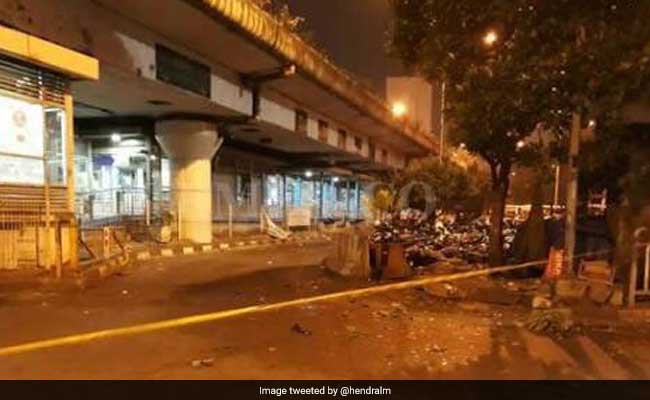 Jakarta Blast: Large numbers of police officers were at the scene.

"There has been a bomb, for now we suspect it is a suicide bombing," deputy national police chief Syafruddin, who like many Indonesians goes by one name, told TV station TVOne.

Promoted
Listen to the latest songs, only on JioSaavn.com
He said the bomber was killed along with one police officer, and five other policemen were injured.

(Except for the headline, this story has not been edited by NDTV staff and is published from a syndicated feed.)
Comments
JakartaJakarta airportJakarta attackJakarta blastJakarta public transport terminalKampung Melayu terminal