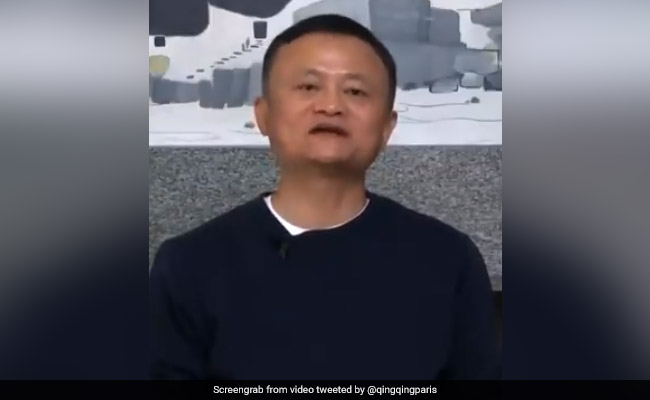 Jack Ma's appearance, first reported in a local blog, was confirmed by people familiar with the matter

Jack Ma has resurfaced after months out of public view that fueled intense speculation about the plight of the billionaire grappling with escalating scrutiny over his internet empire.

China's most recognizable entrepreneur addressed teachers via livestream Wednesday during an annual event he hosts to recognize rural educators, according to people familiar with matter. In a video of the event circulated online, Ma talked about how he'll spend more time on philanthropy. The co-founder of Alibaba and Ant didn't mention his recent run-ins with Beijing during his address, which was first reported in a local blog. Ant confirmed the authenticity of the video in an email.

Alibaba's shares gained more than 4% in Hong Kong. While it's still unclear where Ma is, his emergence in a public forum may help quell persistent rumors about his fate while Beijing pursues investigations into online finance titan Ant Group Co. and Alibaba Group Holding Ltd. The executive had kept out of public view since early November, when Chinese regulators torpedoed Ant's $35 billion IPO, tightened fintech regulations, then ordered an overhaul of Ant and launched a separate antitrust probe into Alibaba -- all in a span of days.

"Recently, my colleagues and I have been studying and thinking. We made a firmer resolution to devote ourselves to education philanthropy," Ma said in the video. "Working hard for rural revitalization and common prosperity is the responsibility for our generation of businessmen."

Ma, who used to be an English teacher and founder of #Alibaba, also gives wishes to village teachers via a video on Wednesday, saying usually the activity is held in Sanya in southern Hainan but this year, due to #Covid19 it has to be done via video conference. pic.twitter.com/yfi7oPB5Sb

The assault on Ma's trillion-dollar corporate empire encapsulates a broader campaign to rein in a generation of Chinese tech giants that Beijing now views as wielding too much control over the world's No. 2 economy. The flurry of actions against his twin companies drove home how Beijing has lost patience with the outsize power of its technology moguls, perceived now as a threat to the political and financial stability President Xi Jinping prizes most.

The government has increasingly sought to exert influence over the growing extent to which companies from Tencent Holdings Ltd. to ByteDance Ltd. amass data and direct commerce and media. The same month Ant called off its record IPO, the nation's top antitrust watchdog published new guidelines warning tech giants against monopolistic practices from forced exclusive arrangements to collusion on data. While Ant and Alibaba have borne the brunt of that assault since November, investors have since sold off peers from Tencent to Meituan. Ma's standing with Beijing remains unclear. As of early December, the man most closely identified with the meteoric rise of China Inc. was advised by the government to stay in the country, a person familiar with the matter has said. Debate about his whereabouts arose because Beijing has in the past quietly detained billionaires that have run afoul of the law, without immediate trial.