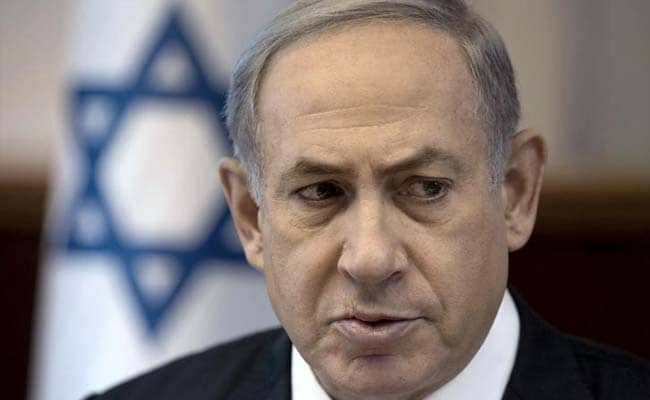 Jerusalem: Prime Minister Benjamin Netanyahu on Sunday rejected a call by Israel's opposition leader to provide refuge to Syrian refugees, saying the country is too small to take them in.

Images in recent days of thousands of refugees herded on and off trains in Europe as they sought a safe haven from Middle East conflict struck a chord in Israel, a state created three years after the Nazi Holocaust which killed six million Jews.

Isaac Herzog, head of the main opposition Zionist Union party, appealed to Israeli leaders to "absorb refugees from the fighting in Syria", a northern neighbour that Israel considers an enemy state.

In public remarks at a cabinet meeting, Netanyahu said Israel was "not indifferent to the human tragedy" of refugees from Syria and noted that Israeli hospitals have been treating wounded from its civil war.

"However, Israel is a very small state. It has no geographic depth or demographic depth," the right-wing premier said, suggesting that taking in Arab refugees would upset the demographic balance in a predominantly Jewish state where about a fifth of the 8.3 million population are Arab citizens.

Though there have been no international calls on Israel to open its borders to Syrians, Herzog said Netanyahu had a moral duty to accept refugees.

"The prime minister of the Jewish people would not shut his heart and the gates when people are fleeing for their lives, with babies in their arms, from persecutors," Herzog said.

Citing dangers faced by Palestinian refugees who have long lived in camps in Syria, Palestinian President Mahmoud Abbas said they should be allowed into the Israeli-occupied West Bank, where he exercises limited self-rule.

Israel has said the overall issue of a right of return for Palestinian refugees would be settled only as part of a final peace accord. Israeli-Palestinian talks broke off in 2014.

At the cabinet session, Netanyahu coupled his remarks on Syrian refugees by saying that Israel must further secure its borders against African migrants and Islamist militants.

He announced the start of construction of a new 30-km (18-mile) stretch of fence along the frontier with Jordan, which signed a peace treaty with Israel in 1994.

Israel has fences on the Lebanon border and along the line between the Israeli-occupied Golan Heights and Syria.

Much of the West Bank is also divided by an Israeli-built barrier, while the Islamist Hamas-controlled Gaza Strip is closed off behind high fences and walls.
© Thomson Reuters 2015