The Israeli army said it had opened fire "according to operational procedures" in place. 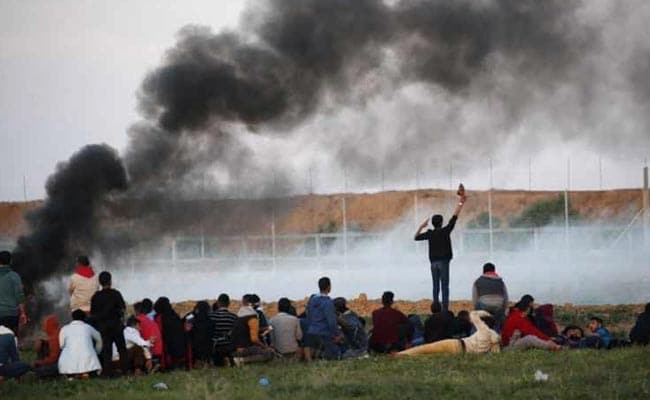 Palestinian protesters during a demonstration near the border between Israel and Khan Yunis. (AFP)

A 16-year-old Palestinian was killed on Friday by Israeli fire during border protests and clashes east of Gaza City, the health ministry in the Hamas-run enclave said.

Mohammed al-Jahjuh was "hit in the neck by a bullet (fired) by Israeli soldiers", ministry spokesman Ashraf al-Qodra told AFP.

The Israeli army said around 8,000 Palestinians had gathered along the border, burning tyres and launching towards soldiers an incendiary device, which did not reach the troops.

It said it had opened fire "according to operational procedures" in place.

(Except for the headline, this story has not been edited by NDTV staff and is published from a syndicated feed.)
Comments
PalestinianIsraeli fireGaza Strip