Israel reopened the Erez crossing for people and the Kerem Shalom crossing for goods on Sunday, said a spokeswoman for COGAT, the defence ministry unit that oversees the crossings 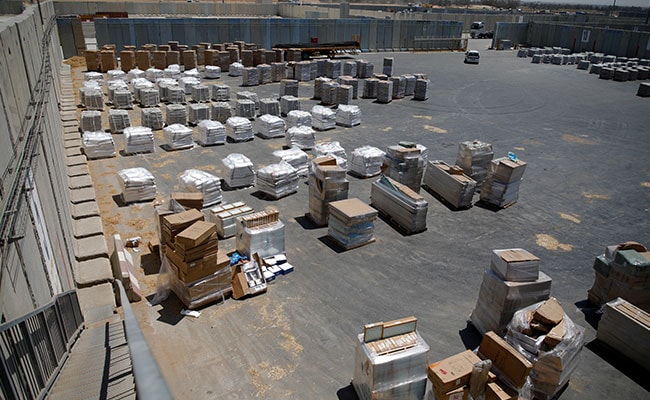 Israel reopened its crossings with the blockaded Gaza Strip on Sunday after having kept them closed for nearly a week following a rare long-distance rocket strike from the Palestinian enclave, an official said.

The Erez crossing for people and the Kerem Shalom crossing for goods reopened Sunday morning, a spokeswoman for COGAT, the defence ministry unit that oversees the crossings, told news  agency AFP.

They were closed on Monday after the rocket fire that wounded seven Israelis and led to Israeli retaliatory strikes across the Gaza Strip, another serious flare-up between the two sides.

Hamas announced an Egyptian-brokered truce that ended the exchange of fire.

The reopening also comes after tens of thousands of Palestinians protested along the Gaza border with Israel on Saturday, marking the one-year anniversary since demonstrations and clashes erupted there.

Four Palestinians were killed on Saturday during protests and clashes, but unrest was limited and fears of mass bloodshed were averted after Egyptian-led negotiations.

Five rockets were launched from the Gaza Strip at Israel overnight, leading Israeli tanks to fire on Hamas military posts. No casualties were reported from either the rockets or tank fire.

Hamas officials say an understanding was reached that would see Israel ease its crippling blockade of Gaza in exchange for the protests remaining calm.

Israel, which has fought three wars with Hamas since 2008, has not commented on the claims of an agreement.

Israel goes to the polls in a keenly contested general election on April 9 in which Prime Minister Benjamin Netanyahu faces a stiff challenge from centrist former military chief Benny Gantz.

He is widely seen as wanting to avoid a major escalation before the polls, but has faced accusations from political opponents of being soft on Hamas.

On Sunday, while welcoming Brazilian President Jair Bolsonaro for a three-day visit, Netanyahu again said Israel was prepared for a major operation in the Gaza Strip if necessary.

"You arrive in Israel in a tense period, and so I gave the order to leave military forces in full deployment around the Gaza Strip," Netanyahu said during a ceremony at the airport.

"This includes tanks, artillery, ground forces and air forces. We are prepared for every scenario, and if needed, also for a wide campaign."

The year of demonstrations and clashes along the Gaza border are calling for Palestinians to be allowed to return to land their families fled or were expelled from during the 1948 war that accompanied Israel's creation.

Israel says any such mass return would spell the end of a Jewish state and that its actions have been necessary to defend the border and stop infiltrations and attacks.

Around 200 Palestinians have been killed by Israeli fire during the protests and clashes.

Israel accuses Hamas of orchestrating violence, and one of its soldiers has been killed by a Palestinian sniper along the border.

But the Israeli military's use of live fire has come under heavy criticism.

In February, a United Nations probe said Israeli soldiers had intentionally fired on civilians in what could constitute war crimes.