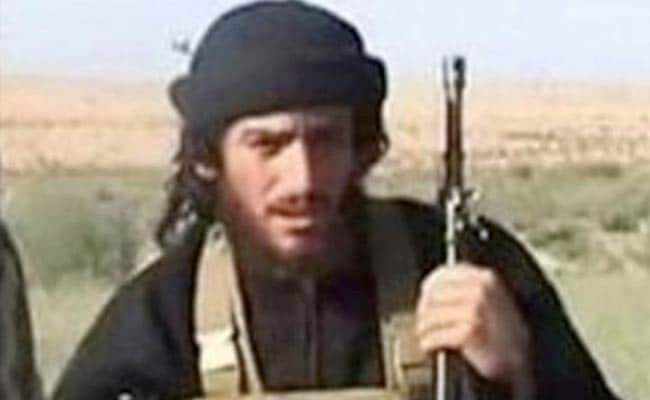 The Islamic State reported the death of its chief spokesman, Abu Muhammad al-Adnani, on Tuesday, potentially signaling the loss of a senior militant who has steered the group's campaign to bring violent operations to the West.

The Pentagon said that Adnani, a Syrian national who has been one of the militant group's most experienced and well-connected figures, had been the target of an airstrike near the Syrian city of al-Bab, but officials said it was too early to be certain he had been killed.

If confirmed, Adnani's death would damage the Islamic State in two areas that have made the terrorist organization particularly dangerous: its sophisticated use of social media to reach a global audience and its willingness to employ the crudest forms of violence in scattered attacks outside Iraq and Syria.

It would be a significant blow at a time when the group is already fending off attacks from Western-backed forces on the ground and a two-year air campaign that has deprived it of territory and resources.

In a tweet, the Amaq news agency, the Islamic State's media arm, said Adnani was killed while inspecting troops in Aleppo, Syria. It did not say exactly when, where or how Adnani died. Aleppo is the name of the northern Syrian city that has been the site of years of fierce battles, and also of the province surrounding it.

Hours later, the Pentagon confirmed that it had launched a "precision strike" against Adnani in northern Aleppo province. "We are still assessing the results of the strike, but Al-Adnani's removal from the battlefield would mark another significant blow" to the Islamic State, Pentagon spokesman Peter Cook said in a statement. Adnani's death has been rumored several times before.

Even after announcing Adnani's death, Amaq boasted of the group's resilience. "The blood of the sheikhs will only make it more firm on the path of jihad and determination to take revenge and assault," the agency said in a statement on Telegram, according to a statement from the SITE Intelligence Group.

Born Taha Sobhi Falaha, Adnani was among a core group of Islamic State operatives who could claim direct ties to Abu Musab al-Zarqawi, the Jordanian extremist who launched the organization then known as al-Qaeda in Iraq after the U.S.-led invasion of 2003.

"He was their most prolific and public spokesman," said Will McCants, a former State Department official and expert on the Islamic State. "The war of words between al-Qaeda and ISIS, the justification for war on the West - that was all Adnani's doing."

While little is known about the structure and organization of the Islamic State's cell responsible for plotting external attacks, U.S. officials and counterterrorism experts said that Adnani played an important role in identifying recruits from Europe and elsewhere who could be groomed and sent back to carry out attacks.

Like Abu Bakr al-Baghdadi, the leader of the Islamic State, Adnani is believed to have been held in U.S. military custody in Iraq roughly a decade ago, only to be released. He then helped the organization survive near-extinction to reemerge later as the Islamic State.

Because of his Syrian nationality, Adnani was relied on by al-Qaeda to help the organization establish a foothold in Syria as the country fell into civil war. But Adnani later helped orchestrate the Iraq-based affiliate's split from al-Qaeda, a rupture that led to the formation of the Islamic State and its rapid emergence as a terrorist group with more followers and violent capacity than its parent organization had amassed in years.

In statements announcing Adnani's death, the Islamic State described him as a descendant of the tribe and family of the prophet Muhammad, a clue that Adnani was possibly being groomed as a replacement for Baghdadi if the ISIS leader were to be killed, McCants said.

In a steady stream of audio messages, Adnani both set and articulated the organization's violent agenda, repeatedly emphasizing the priority of targeting the West. During the recent Islamic holy month of Ramadan, a recording attributed to Adnani called for a "month of conquest and jihad. Get prepared, be ready . . . to make it a month of calamity everywhere for the non-believers . . . especially for the fighters and supporters of the caliphate in Europe and America."

Adnani was a vocal presence in calling for sympathizers to carry out terrorist attacks around the world. In an article in Dabiq, the Islamic State's English-language magazine, he specifically urged lone-wolf attacks against Western targets using any means available. "If you are not able to find a bomb or a bullet, then smash his head with a rock, or slaughter him with a knife, or run him over with your car, or throw him down from a high place, or choke him, or poison him," he wrote.

It's not clear exactly what effect those exhortations had on supporters outside Iraq and Syria or whether they had a role in recent attacks such as the truck assault in Nice, France, in mid-July.

If Adnani has been killed, it was not immediately clear what operational impact his death might have on the Islamic State. The U.S. military claims to have killed 45,000 militants, including a number of senior leaders, in air and long-range rocket attacks since its campaign began in 2014. But the group continues to control two of the largest cities in Iraq and Syria and has vowed to resort to guerrilla attacks.

Adnani was also a principal architect of a vast propaganda apparatus that produced thousands of videos - ranging from gruesome recordings of beheadings to the tourism-bureau-style depictions of bustling markets - that helped draw thousands of foreign fighters to the Islamic State's ranks in Iraq and Syria.

Because of his influential role in promoting the group's vision, Adnani was a target of U.S. and allied military operations. He is believed to have been targeted in an American airstrike last year but survived.