Islamic State Hostage Video: Was It Really Done Outside? 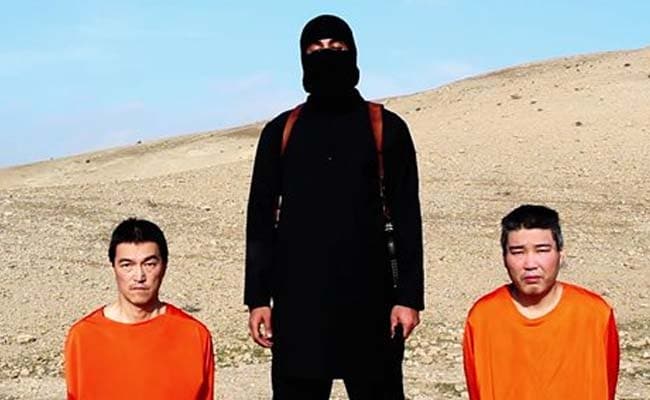 A video released by the Islamic State purports to show the group threatening to kill two Japanese hostages. (Associated Press)

New York: The video of two Japanese hostages being held by the Islamic State group seems, like past IS videos, taken in an arid, desert setting. But suspicions are emerging that the message was not prepared outdoors at all.

An expert in these videos said it was more likely completed in an indoor studio with a false backdrop made to appear that it was done outdoors.

Kenji Goto, a journalist, and Haruna Yukawa, who runs a security company, are seen kneeling in orange jumpsuits with a masked man holding a knife between them. The hostage-holders are threatening to kill the men if the Japanese government does not pay a $200 million ransom.

The video, posted on militant websites on Tuesday and identified as being made by the Islamic State group's Al-Furqan media arm, appears to be filmed in the same location as those showing American hostages James Foley, Steven Sotloff and Peter Kassig, and British captives David Haines and Alan Henning.

Veryan Khan, Editorial Director for the Terrorism Research and Analysis Consortium, said that the light source on the men in the latest videos appears to be coming from two different directions - as opposed to one bright sun. If the video was made outdoors in natural light, the shadows behind them should be going in one direction. Instead, they converge.

"The hostages are visibly bothered by" the bright light, she said.

One of the hostage's jumpsuits flutters in a breeze, yet Ms Khan said she believes it's from a fan. Wind in the desert would be noisy and affect the sound quality of the statements being made by the knife-wielding man, she said. It would also kick up dust, and none seems apparent, she said.

If it was actually done inside, it could indicate the hostage-holders are less free to move about than the Islamic state group would have its enemies believe. It could also be a way for the hostage-takers to further cover their tracks and not give experts any reliable signals to indicate where they are.

Experts poring over the slickly-produced videos believe they were made in an area south of Raqqa in northern Syria, the self-declared capital of the Islamic State group. The killings of the five other hostages took place between August and November. The US-led coalition began targeting IS militants in Syria in mid-September, and has gradually intensified its aerial bombardment of suspected IS infrastructure in both Syria and Iraq.

US officials say thousands of Islamic State militants have been killed in both countries since then. Intelligence gathering efforts have also improved. In response, the group has largely melted into urban areas to elude the threat.

Promoted
Listen to the latest songs, only on JioSaavn.com
Ben Venzke, CEO of IntelCenter, a company that provides counter-terrorism intelligence, said he's reluctant to speculate on where or how the videos were filmed. The militants tend to change their tactics in response to media reports on their methods or possible locations, and that makes it more difficult to find them, he said.

"It makes for a really interesting story, but it does absolutely nothing to help the cause of stopping two people from being beheaded, and may actually harm it," Mr Venzke said.