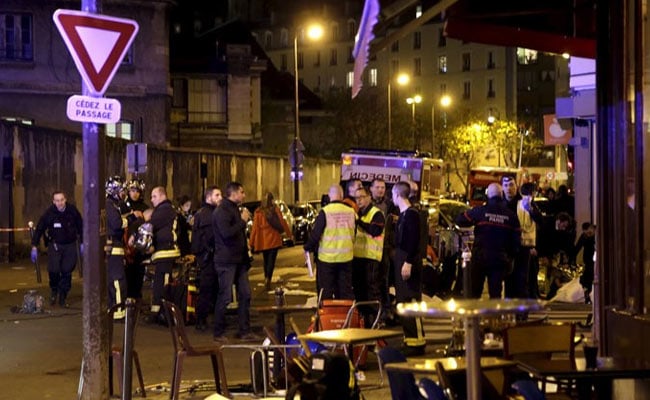 The Islamic State terror group is plotting deadly attacks across Europe along the lines of the one carried out on a concert hall in Paris in which 130 people were killed four years ago, a leading British newspaper has reported.

The November 2015 Paris attacks were a series of coordinated terror attacks in Paris and the city's northern suburb of Saint-Denis.

In the attacks, three suicide bombers struck outside the Stade de France stadium during a football match, followed by several mass shootings and a suicide bombing at restaurants. A total of 130 people people were killed at the Bataclan concert hall. 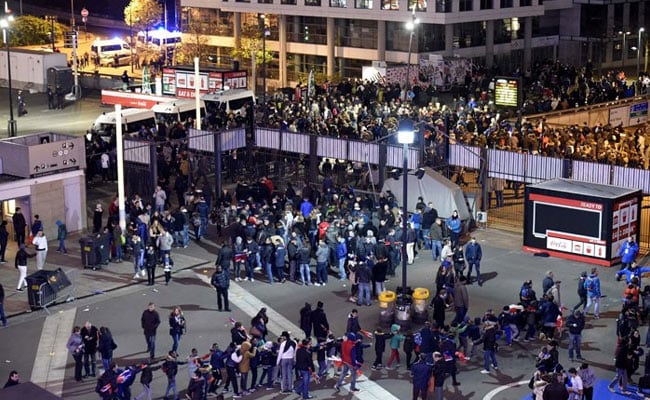 In the attacks, three suicide bombers struck outside the Stade de France stadium during a football match in 2015

"The operations in Europe are only a fraction of the plans outlined in the documents, which were found on a hard drive dropped by members of an ISIS cell in a firefight near the terrorists'' final stronghold in Syria earlier this year," it noted.

The documents provide details of how, even with its so-called caliphate destroyed in Syria, the ISIS terror group continues to run sophisticated international networks, move fighters over borders, fund operations and plan bank robberies, vehicle rammings, assassinations and computer hacking.

In a letter signed by six ISIS leaders and addressed to Abu Bakr al-Baghdadi - the group's "caliph" - and his deputy, the authors break down ISIS strategy abroad into two parts: operations and borders.

Operations abroad, they write, will be directed by an ISIS member called Abu Khabab al-Muhajir.

The document says he controls three cells: one in Russia and two in Germany. Another group will be based in northeastern Syria under separate command. The first aim of the cells would be to steal money to fund the caliphate.

"Killing infidel venture capitalists, hacking banks through bank accounts, bank robberies or robberies of places that are pre-studied," the letter said, adding that "after any operation of this kind, we will send the money as we procure it".

The cells will also commit attacks including vehicle-ramming operations, it said. Most importantly they will plan "special operations" with a "determined goal and outcome that are picked carefully".

The authors list the Paris massacre of 2015 and the "Manhattan attack" of 2017, in which a terrorist-driven truck mowed down eight people to death, as "inspiration".

According to the newspaper, the picture that emerges from the documents is one of the ISIS supporters in Europe and other areas outside the so-called caliphate being intimately linked with the group''s leadership in Syria and Iraq and actively plotting attacks.