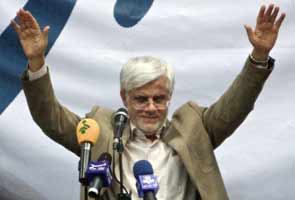 "At dusk on Monday... I received a letter from Mohammad Khatami... he said it would not be wise for me to remain in the race," Aref  wrote in his withdrawal statement.

In recent days, calls have grown from within the reformist camp for Aref to quit in favour of the moderate candidate Hassan Rowhani.

Aref 's withdrawal from the race is the second in two days.

Ex-parliamentary speaker Gholam Ali Haddad Adel, seen as close to supreme leader Ayatollah Ali Khamenei, pulled out of the race yesterday without endorsing any of the four remaining conservatives standing for election.

He was not considered a frontrunner for the June 14 poll. Khatami's advisory council in a statement threw their backing behind Rowhani as the "reformist camp candidate."

Promoted
Listen to the latest songs, only on JioSaavn.com
Rowhani was Iran's former top nuclear negotiator under Khatami. He has also served as top security official under the pragmatic former president Akbar Hashemi Rafsanjani. He still enjoys the backing of Rafsanjani.