The US accused Iran on Thursday of failing to declare a chemical weapons programme to the global watchdog in breach of international agreements. 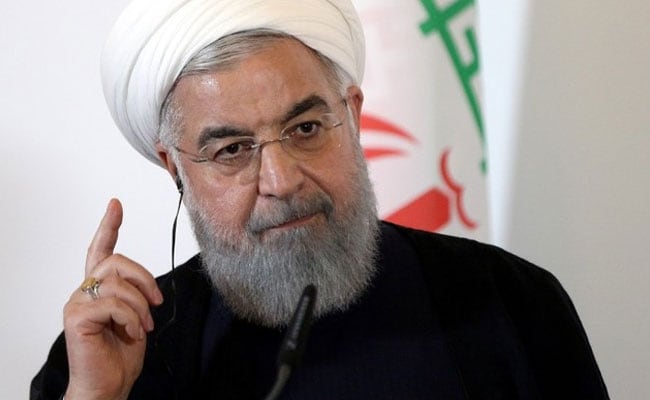 Iran "strongly rejected" today US accusations that it has a chemical weapons programme and accused Washington of breaching its own commitments to the international watchdog.

The US allegations are the latest salvo against Iran from the administration of President Donald Trump, who earlier this year pulled out of a landmark 2015 nuclear deal between major powers and Tehran and reimposed crippling unilateral sanctions.

"The United States... has made, as is its habit, baseless accusations against the Islamic republic which we strongly reject," the foreign ministry said in a statement.

"Such incorrect and false accusations are due solely to enmity towards the Iranian nation and are intended to deflect international attention from its own broken commitments and continued support for the Zionist regime's chemical arsenal and for terrorist groups."

The US accused Iran on Thursday of failing to declare a chemical weapons programme to the global watchdog in breach of international agreements.

US envoy Kenneth Ward told the Organisation for the Prohibition of Chemical Weapons in The Hague that Tehran was also seeking deadly nerve agents for offensive purposes.

Iran promised its delegation would provide the OPCW with a detailed reply and in turn accused the US of being the "only member state that has a chemical weapons arsenal and has, until now, not acted on its obligations to destroy it."

Iran is one of the few countries that has been attacked with chemical weapons since the end of World War I in 1918.

Chemical weapons used by Saddam Hussein's Iraq during its 1980-88 war with Iran killed tens of thousands of Iranian soldiers and civilians.

Iran has expressed strong opposition ever since to the use or possession of chemical weapons by any country.