In June, in a bid to mount pressure on the Europeans, Iran announced a plan to increase its uranium enrichment capacity with new centrifuges 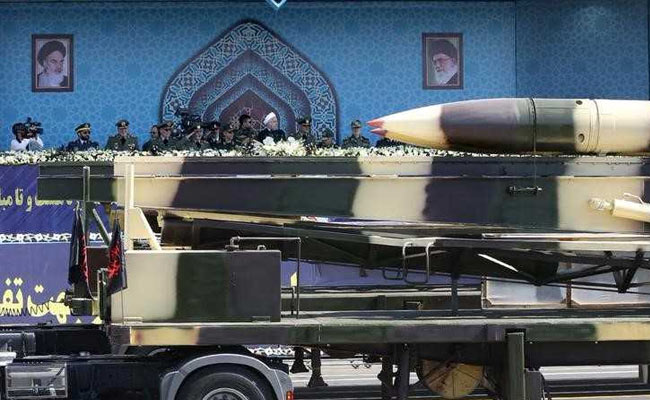 Iran has filed a suit against the United States alleging that Washington's decision in May to impose sanctions after pulling out of a nuclear deal violates a 1955 treaty between the two countries, the International Court of Justice said on Tuesday.

President Donald Trump withdrew the United States from the 2015 nuclear pact with Iran reached by his predecessor Barack Obama and other world powers, and ordered tough U.S. sanctions on Tehran. Under the 2015 deal, which Trump sees as flawed, Iran reined in its disputed nuclear programme under U.N. monitoring and won a removal of international sanctions in return.

The ICJ, also known as the World Court, is the United Nations tribunal for resolving international disputes. Iran's filing asks the ICJ to order the United States to provisionally lift its sanctions ahead of more detailed arguments.

"Iran is committed to the rule of law in the face of U.S. contempt for diplomacy and legal obligations," Iranian Foreign Minister Mohammad Javad Zarif said in a statement on Monday with respect to Tehran's lawsuit at the ICJ.

Iran said in its filing that Trump's move "has violated and continued to violate multiple provisions" of the Treaty of Amity, Economic Relations and Consular Rights, signed long before the 1979 Islamic Revolution that ousted the U.S.-allied shah and triggered decades of hostile relations with Washington.

The U.S. State Department could not immediately be reached for comment. In a suit filed by Iran in 2016 based on the same 1955 treaty, Washington argued that the ICJ had no jurisdiction. The court has scheduled hearings in that case in October.

The next step in Iran's new suit will be a hearing in which the United States is likely to contest whether it merits a provisional ruling. The court has not yet set any date, but hearings on requests for provisional rulings usually are heard within several weeks, with a decision coming within months.

Although the ICJ is the highest United Nations court and its decisions are binding, it has no power to enforce them, and countries - including the United States - have occasionally ignored them.

The spectre of new U.S. sanctions, particularly those meant to block oil exports that are the lifeline of Iran's economy, has caused a rapid fall in the Iranian currency and triggered street protests over fears economic hardships will soon worsen.

Trump's administration has indicated it wants a new deal with Iran that would cover the Islamic Republic's regional military activities and ballistic missile programme.

Iran has said both are non-negotiable and the other signatories to the 2015 nuclear deal including major European allies Britain, France and Germany, as well as Russia and China, remain committed to it.

(Except for the headline, this story has not been edited by NDTV staff and is published from a syndicated feed.)
Comments
IranEuropean Union