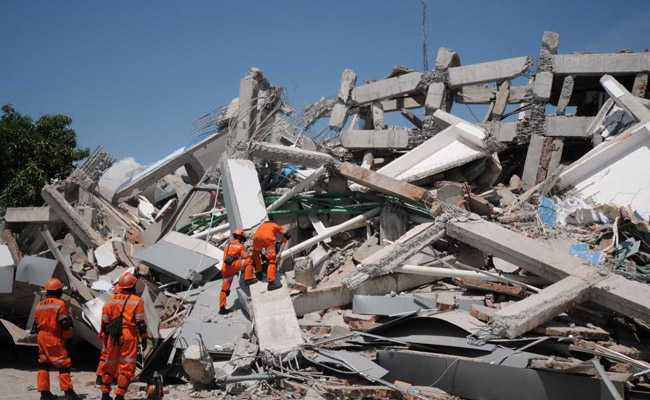 The number of dead previously stood at 844

The Indonesian government on Tuesday said the death toll from a devastating quake-tsunami on the island of Sulawesi had risen to 1,234 people, up from the previous count of 844.

"As of 1:00 pm there are 1,234 dead," said Sutopo Purwo Nugroho, the national disaster agency spokesman.

Indonesian volunteers dug mass graves for more than 1,000 bodies on Monday after a quake and tsunami devastated swathes of Sulawesi, as authorities -- struggling to deal with the sheer scale of the disaster -- appealed for international help.

Indonesia is no stranger to natural calamities and Jakarta wanted to show that it was able to deal with a catastrophe that has killed at least 832 people so far according to the official toll.

But days on some remote areas have yet to be contacted, medicines are running out and rescuers are struggling with a shortage of heavy equipment to reach desperate victims calling out from the ruins of collapsed buildings.

At Poboya -- in the hills above the devastated seaside city of Palu -- volunteers dug a 100 metre-long grave to bury the dead, with instructions to prepare for 1,300 victims to be laid to rest.

Authorities are desperate to stave off any disease outbreak caused by decomposing bodies and have announced a 14-day state of emergency.