Indonesia, the world's largest Muslim-majority country, has seen a recent resurgence in homegrown terrorism and police said the family who carried out Sunday's attacks were among 500 ISIS sympathizers who had returned from Syria. 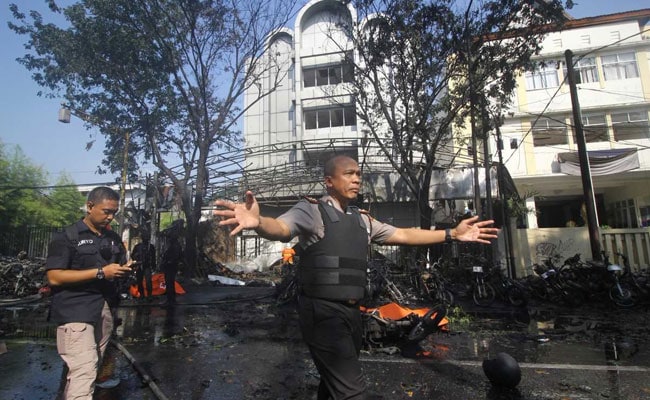 Indonesia, the world's largest Muslim-majority country, has seen a recent resurgence in homegrown terrorism and police said the family who carried out Sunday's attacks were among 500 ISIS sympathizers who had returned from Syria.

"The husband drove the car, an Avanza, that contained explosives and rammed it into the gate in front of that church," East Java police spokesman Frans Barung Mangera told reporters at the regional police headquarters in Surabaya.

The wife and two daughters were involved in an attack on a second church and at the third church "two other children rode the motorbike and had the bomb across their laps", Mangera said. 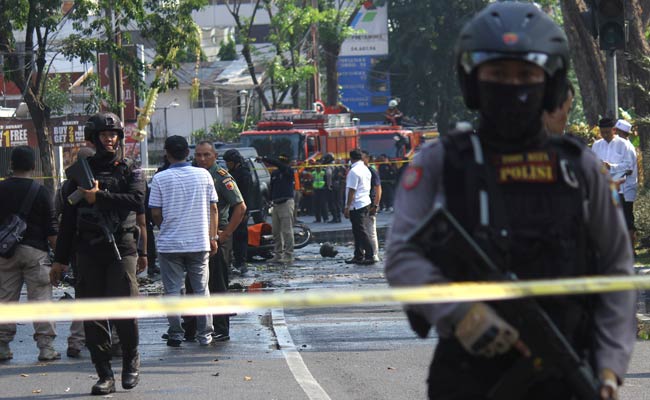 They blamed the bombings on the ISIS-inspired group Jemaah Ansharut Daulah (JAD).

JAD is an umbrella organization on a US State Department "terrorist" list that is estimated to have drawn hundreds of ISIS sympathizers in Indonesia.

ISIS claimed responsibility for the attacks, in a message carried on its Amaq news agency.

"This act is barbaric and beyond the limits of humanity, causing victims among members of society, the police and even innocent children," President Joko Widodo said during a visit to the scene of the attacks.

East Java police spokesman Mangera said the attacks had killed at least 13 people and 40 had been taken to hospital, including two police officers. He called on people to remain calm.

Streets around the bombed churches were blocked by checkpoints and heavily armed police stood guard as forensic and bomb squad officers combined the area for clues.

Television footage showed one church where the yard in front appeared engulfed in fire, with thick, black smoke billowing up. A large blast was heard hours after the attacks, which Mangera said was a bomb disposal squad dealing with a device.

The attacks come days after terrorist prisoners killed five members of an elite counter-terrorism force during a 36-hour standoff at a high security jail on the outskirts of the capital, Jakarta.

"The main target is still security authorities, but we can say that there are alternative (targets) if the main targets are blocked," he said. 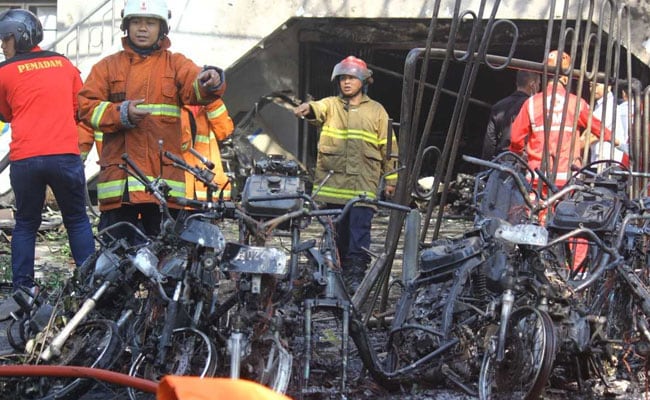 ISIS claimed responsibility for the attacks, in a message carried on its Amaq news agency (Reuters)

At St Mary's catholic church, the first place of worship to be attacked, the bombing happened after an earlier mass was over and when the church was getting ready to hold another service.

A witness interviewed by CNN Indonesia said shortly before the explosion he saw a person on a motorbike drive in carrying a cardboard box.

Separately, an internal police report reviewed by Reuters said a suspected bomb exploded in a car in the parking lot of a Pentacostal church, setting alight dozens of motorbikes.

In the third location, the Indonesian Christian Church, veiled women entered the church's yard where they were stopped by a security guard before an explosion occurred at the same spot, according to the police report.

Television images showed toppled and burnt motorcycles and debris scattered around the entrance of one church and police cordoning off areas as crowds gathered.

A spokesman for Indonesia's church association (PGI) called on the government for more help on security at churches.

"PGI is concerned because this had happened many times and often taken place around the time of Sunday services," said Jeirry Sumampow, a spokesman for the Indonesia's Communion of Churches.

Pope Francis offered his prayer to the victims during his Sunday prayer in Rome.

"I am particularly close to the dear people of Indonesia, especially to the communities of Christians of the city of Surabaya, which were hit hard by the serious attack on places of worship," he said.

"Together we invoke the God of peace (asking him) to cease these violent actions and (to make sure) that in the heart of all there could be a space not feelings of hatred and violence, but of reconciliation and fraternity."

Nearly 90 percent of Indonesians are Muslim, but the country is also home to sizeable communities of Hindus, Christians, Buddhists, and people who adhere to traditional beliefs.

Indonesia has had some major successes tackling terrorism inspired by al Qaeda's attacks on the United States in 2001. But there has been a resurgence of ISIS activity in recent years, some of it linked to the rise of ISIS.

The most serious incident was in January 2016 when four suicide bombers and gunmen attacked a shopping area in central Jakarta.

Churches have also been targeted previously, including near-simultaneous attacks on churches there at Christmas in 2000 that killed about 20 people.
© Thomson Reuters 2018

(Except for the headline, this story has not been edited by NDTV staff and is published from a syndicated feed.)
Comments
Indonesia Church AttackIndonesia AttackISIS