AK Abdul Momen comes following India and Pakistan blaming each other over the lack of cooperation and coordination among the South Asian Association for Regional Cooperation (SAARC) member states earlier this month. 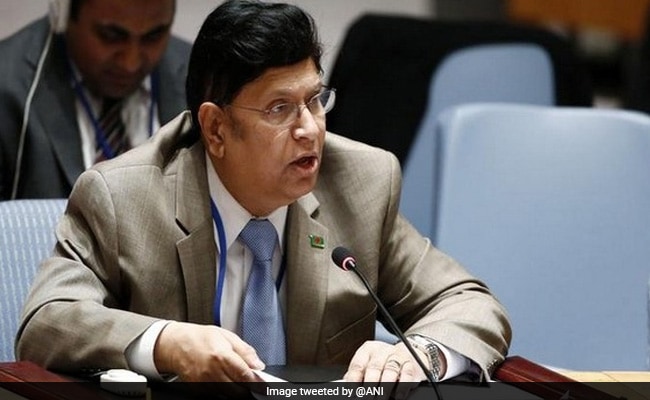 Enmity between India and Pakistan is one of the main reasons why SAARC is not prospering, Bangladesh Foreign Minister AK Abdul Momen has said, while expressing optimism about other regional initiatives such as the BIMSTEC and the BBIN.

His remarks comes following India and Pakistan blaming each other over the lack of cooperation and coordination among the South Asian Association for Regional Cooperation (SAARC) member states earlier this month.

Mr Momen, while interacting with a group of foreign journalists at the closing ceremony of ''Visit Nepal-Bangladesh Programme-2019'' hosted by the Bangladesh Foreign Ministry, said the prosperity of the SAARC was being obstructed by the enmity between India and Pakistan.

"You know why SAARC is not prospering, one main reason is the enmity between India and Pakistan, but BBIN (Bangladesh, Bhutan, India and Nepal) and BIMSTEC (Bay of Bengal Initiative for Multi-Sectoral Technical and Economic Cooperation) should do better. We have to work harder and in that process things should work better," he said.

His remarks on SAARC comes weeks after Prime Minister Narendra Modi said India's efforts for greater collaboration among the SAARC countries have repeatedly been challenged with threats and acts of terrorism.

In a letter to the SAARC secretariat to mark the founding day of the eight-member bloc, the prime minister said all countries in the region should take effective steps to defeat the scourge of terrorism and the forces which support it, an oblique reference to Pakistan.

Such efforts, he said, would generate greater trust and confidence to build a stronger SAARC.

In the last three years, India has been distancing itself from the SAARC, citing security challenge facing the region from terror networks based in Pakistan, which is also a member of the grouping.

On his part, Pakistan Prime Minister Imran Khan, in his message on the 35th SAARC Charter Day on December 8, expressed the hope that the hiatus created in SAARC''s continuous progression would be removed.

A few days later, Pakistan Foreign Office Spokesperson Mohammad Faisal said all South Asian countries except one want to hold the SAARC summit, which was called off in 2016, at the earliest, an apparent reference to India.

The 2016 SAARC summit was to be held in Islamabad. But after the terrorist attack on an Indian Army camp in Uri in Jammu and Kashmir on September 18 that year, India expressed its inability to participate in the summit due to "prevailing circumstances".