In The US, Health Care A Privilege, Not A Right 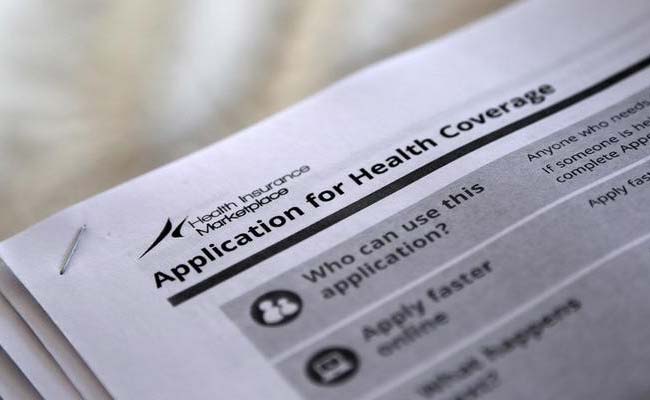 Washington: In 1944, president Franklin Roosevelt urged Congress to pass a "second bill of rights." Number six on the list was "the right to adequate medical care and the opportunity to achieve and enjoy good health."

Seventy-three years later, despite the passage of many health care reforms, his dream remains as controversial as it was back then.

Under former president Barack Obama, more than 20 million previously uninsured Americans gained health care coverage. Those who would have once had to sell their homes to pay for cancer treatments or limited doctors' visits because of the cost gained at least some peace of mind.

But in the land of rugged individualism, health care has never attained the status of fundamental right, unlike education. Health insurance is simply a product like any other, say Republicans who, under the leadership of President Donald Trump, are trying to repeal most of Obamacare, the landmark law signed in 2010.

"It's the beginning of the Cold War, we're terrified of Stalin and Communism. The word socialism carried a lot of baggage," University of Michigan medical historian Howard Markel said. "Truman wrote in his memoirs that it was one of the most disappointing political defeats of his career."

Most Americans receive health insurance from their employers, under a system in which workers are covered by an arrangement largely negotiated directly between employers and trade unions.

"If you look at the systems in France, Germany and Britain, there was an architect of the system," said Melissa Thomasson, a professor of economics at Miami University in Ohio.

"In our country, we have a very piecemeal system" under the control of insurance companies, the pharmaceutical industry, employers and doctors, all determined to limit the government's role.

But the market doesn't cover everyone.

In 1965, president Lyndon Johnson wrangled a compromise with Congress to create Medicare, public health insurance for over people over 65, and Medicaid for the poor and disabled, initially mainly women with children.

Still, health care was seen as a privilege which recipients are worthy of deserving through poverty, age or contributions. Poor bachelors, for example, are excluded from Medicaid because they're considered able to work.

"A large number of Americans believe in individual responsibility," said Thomas William O'Rourke, professor emeritus in the Department of Kinesiology and Community Health at the University of Illinois.

"We have never said that health care is a right," he added. "We have said you will get health care if you fall into a certain group," such as military veterans or native Americans.

In the following decades, the battle lines of the ideological debate hardly shifted between the left, supporting universal coverage, and the right, which opposes the idea for budgetary reasons and as a matter of principle.

In 1993, president Bill Clinton and his wife Hillary launched an effort to reform the health care system, a tangle of public regulations and private providers, in order to cover everyone.

When Congress passed Obama's bill in 2010, it succeeded by a hair. Not a single Republican supported it.

"It's part of the DNA of the United States to somehow maintain choice in health care insurance plans," said Howard Bauchner, editor in chief of the Journal of the American Medical Association.

However, "the irony of the free market system is that it doesn't work in health care very well."

The reality is that the industry is steadily consolidating and competition weakening. Incentives aren't enough: more than 25 million people still lack health insurance. At the same time, spending on health care continues mounting rapidly because the government has little control over fees charged.

To address those faults, left-wing figures such as Bernie Sanders advocate the kind of national public health care system that Europeans enjoy.

Or, as Hillary Clinton once pragmatically said, a utopia that will "never, ever come to pass."

(This story has not been edited by NDTV staff and is auto-generated from a syndicated feed.)
Comments
US health carehealthcare in USDonald Trumpobamacare