The storms hit parts of the south on Friday and were expected to move east and north on Sunday, according to the National Weather Service 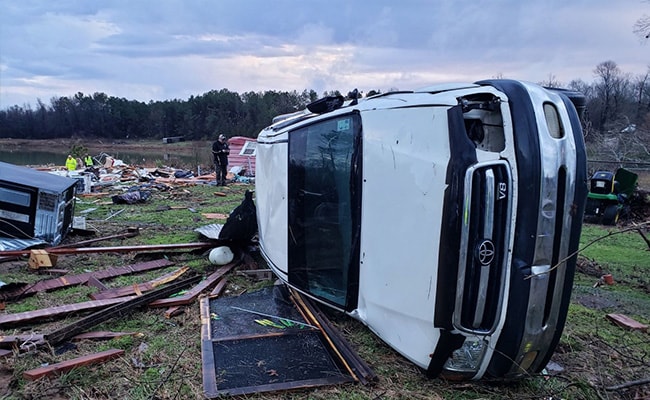 A policeman and a firefighter were hit by a vehicle in Texas, local authorities confirmed.

The storms hit parts of the south on Friday and were expected to move east and north on Sunday, according to the National Weather Service, which issued flood and tornado warnings for several states.

Among the dead were a policeman and firefighter who were hit by a vehicle in Texas after being called out to respond to traffic accidents in icy conditions, local authorities said.

In Louisiana the bodies of a couple were found on Saturday near their destroyed mobile home after it was hit by storms the night before, said Bill Davis of the county sheriff's office.

"It's totally rolled over. It looked like a couple hundred feet into the back yard. Debris is all over. It's just a sad situation," said Davis, according to local television channel KTBS 3. 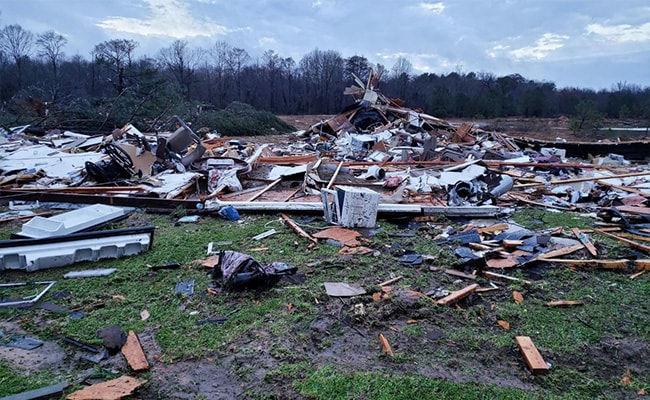 Other structures had parts of their roofs ripped off and downed power lines were strewn across roads.

The storms left more than 200,000 people without electricity early Sunday, the poweroutage.us website said, with North Carolina and Alabama among the worst affected areas.