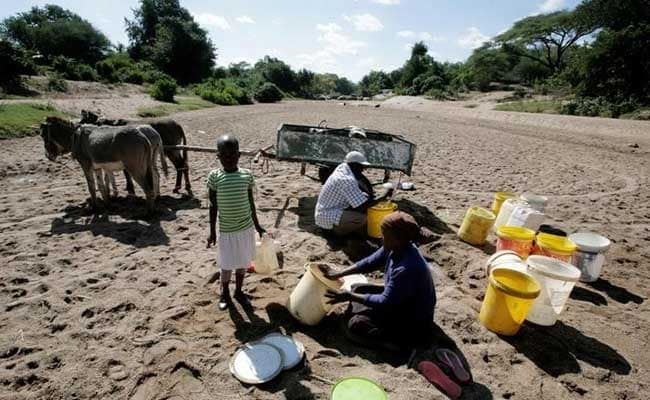 Mogadishu: Some 110 people have died in southern Somalia in the last two days from famine and diarrhoea resulting from a drought, the prime minister said on Saturday, as the area braces itself for widespread shortages of food.

In February, United Nations children's agency UNICEF said the drought in Somalia could lead to up to 270,000 children suffering from severe acute malnutrition this year.

"It is a difficult situation for the pastoralists and their livestock. Some people have been hit by famine and diarrhoea at the same time. In the last 48 hours 110 people died due to famine and diarrhoea in Bay region," Prime Minister Hassan Ali Khaire's office said in a statement.

"The Somali government will do its best, and we urge all Somalis wherever they are to help and save the dying Somalis," he said in the statement released after a meeting of a famine response committee.

The country also continues to be rocked by security problems, with the capital Mogadishu and other regions controlled by the federal government coming under regular attack from al Qaeda-linked al Shabaab.

Promoted
Listen to the latest songs, only on JioSaavn.com
(Reporting by Abdi Sheikh; Writing by George Obulutsa; Editing by Hugh Lawson)
© Thomson Reuters 2017

US Condemns Reports Of Attacks On Hindus In Bangladesh