She Was Face Of Spain's Stolen-Baby Scandal, Says She Wasn't Abducted

Madrigal had been the first person to press criminal charges in relation to the case when she took an obstetrician to trial last year, charging that he had snatched her from her biological mother after her birth at a Madrid clinic in 1969. 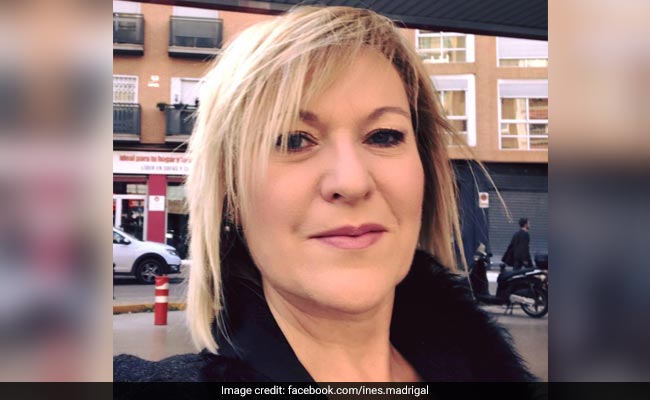 Ins Madrigal discovered she was not among the babies stolen during dictator Gen. Franco's rule

Ines Madrigal, who last year became the face of a decades long child abduction scandal that still haunts Spain, has discovered that she was not among the estimated 30,000 babies stolen during the rule of dictator Gen. Francisco Franco.

Madrigal had been the first person to press criminal charges in relation to the case when she took an obstetrician to trial last year, charging that he had snatched her from her biological mother after her birth at a Madrid clinic in 1969. Her case sparked a national reckoning over widespread abductions of Spanish babies in the mid-20th century - and over Franco's broader legacy.

On Thursday, Madrigal said she had found her biological relatives with help of a DNA database and learned that she had been voluntarily put up for adoption.

"I have four siblings, who are marvelous people and have opened their arms to me," she said at a news conference in Madrid, according to the Associated Press. "At last I have completed the puzzle of my life. Now I know who I am and where I come from."

The DNA matched Madrigal to a cousin who connected her to three biological half brothers living in Spain, the BBC reported. Her newfound siblings told her that their mother had willingly given Madrigal up for adoption. Madrigal also learned she had a half sister living in the United States and a maternal aunt.

The revelation complicates her case against Eduardo Vela, the elderly Spanish doctor found guilty - but later acquitted - of taking Madrigal from her biological parents. Madrigal brought the case against Vela after her adoptive mother, Ines Perez, told her when she was 18 that she had been adopted. The emergence of the "stolen babies" scandal in Madrid prompted Madrigal to probe the circumstances surrounding her birth.

Her case thrust the Franco-era practice of family separation as a weapon of political repression back into modern Spain's consciousness.

Spanish authorities and medical professionals loyal to Franco began taking newborns from their Republican parents during the Spanish Civil War, waged between Franco's nationalist forces and leftist Republicans between 1936 and 1939. The systematic kidnapping sought to weaken Franco's opponents and reward wealthy regime loyalists by gifting them newborns. Birthparents were often told that their babies had died, when in fact they had been given to nationalist couples who could not have children of their own.

The practice allegedly continued underground for decades after the war, evolving into an illicit child trafficking operation abetted by doctors and Catholic nuns and clergy. Lawyers estimate that as many as 300,000 babies were abducted between the mid-1930s and the late 1980s.

Stories of the stolen children - "ninos robados" in Spanish - had swirled through Spain during that period, but they had largely been treated as rumors. Those stories came to the fore and erupted into a national scandal around a decade ago, when alleged victims began coming forward in droves and pressing the Spanish government to investigate the alleged kidnapping network.

Madrigal's was the first "stolen baby" case to go to trial in Spain, and Spaniards hailed it as a landmark case that could bring to justice a doctor who had been implicated in a number of abduction investigations, the BBC reported.

Pérez, Madrigal's adoptive mother, died three years ago at the age of 93. But she told CNN while she was still alive that Vela had given Madrigal to her as a gift in 1969. P&#233;rez said Vela falsified Madrigal's birth certificate.

A Spanish court found Vela guilty of forging documents and handing Madrigal over without her parent's consent last year. But the doctor, then 85, was acquitted after the court ruled the statute of limitations had elapsed. Madrigal appealed that ruling to Spain's Supreme Court, which has yet to issue a decision on whether the statute of limitations in such cases should apply from the date of adoption or from the moment when the alleged victim became aware that he or she had been kidnapped, according to the Spanish newspaper El País.

Meanwhile, Madrigal last year submitted a saliva sample to California-based genetic analysis company 23andMe, which paired her in January to her biological cousin.

Madrigal has since informed the Spanish prosecutor's office responsible for her case of the discovery and prosecutors conducted their own DNA tests to confirm the finding, the BBC reported. The office said Thursday that in light of the new information, it no longer considers Madrigal a stolen child. But the Supreme Court case may proceed anyway to determine how the Spanish justice system should handle other "stolen babies" cases, according to Spanish media reports.

Trials stemming from the child abduction scandal are just one of several ways Spaniards are grappling with the legacy of the Franco dictatorship, which still lies at the heart of divisions over Spanish identity. Franco, who ruled Spain from 1939 until his death in 1975, brutally repressed political opponents and became one of Europe's most infamous dictators of the 20th century. Supporters, though, praise him for staving off communism in Spain and pursuing liberal economic policies.

The current Spanish government, led by Socialist Prime Minister Pedro Sanchez, is pushing to exhume his remains from the Valley of the Fallen, a state-funded monument built by political prisoners under Franco's rule. The proposal drew protests last summer from Franco supporters who proudly raised their arms in fascist salutes. In June, the Spanish Supreme Court suspended the exhumation to give Franco's relatives more time to appeal the move, the New York Times reported.