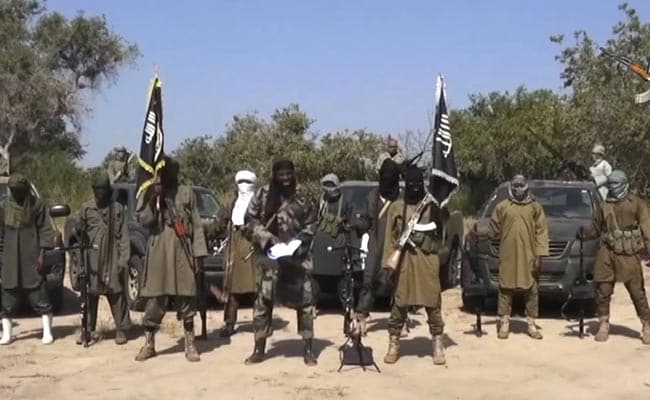 Dakar, Senegal: A girl perhaps no more than 10 years old detonated powerful explosives concealed under her veil at a crowded northern Nigeria market on Saturday, killing as many as 20 people and wounding many more.

The blast inflicted devastating damage on shoppers at the Monday Market in Maiduguri, the shopping hub in a city that is at the heart of the Boko Haram insurgency. The explosion, witnessed by dozens of people, represented a new tactic in the Islamists' campaign with their decision to use perhaps their youngest-ever suicide bomber.

The terrorist group has increasingly employed women as suicide bombers, even as it has stepped up its abductions of girls across northeast Nigeria, including the kidnapping of more than 200 in the town of Chibok in April. Late last year, two women hit the Monday Market in suicide attacks, killing dozens, and in one week last summer four women carried out bombings in northern Nigeria's biggest city, Kano.

But the use of a child to kill - witnesses, police officials, a top hospital official in Maiduguri and local vigilantes all agreed that the bomber was very young - may be unprecedented in the insurgency.

"It's a little girl," said the hospital official, who spoke on the condition of anonymity because of the delicacy of his position. "The body is beyond recognition, but from the face you can see it's a young person. A young pretty girl."

A vigilante group has taken responsibility for much of what little security exists in Maiduguri, and on Saturday morning, before the blast, several members of the group had screened the girl with metal detectors as she entered the market, said a spokesman, Abubakar Faruq.

The girl resisted, the vigilantes noticed a bulge around her waist and the bomb went off, Faruq said. A police spokesman said 20 people were killed and 18 others critically wounded.

Several witnesses said it appeared that the girl might not have been aware of her deadly burden. Bakura Bashir, a shopper who witnessed the explosion, said: "This girl may not necessarily know she was conveying a timed bomb. The girl was torn into two halves, and half of her body was thrown across buildings by the devastating blast."

A top federal police official in the capital, Abuja, who once worked in Maiduguri, said Saturday that the terrorist group appeared to have embarked on a new path.

"It's something quite new, and it's disturbing, using these young, young girls wearing hijabs," the official said, referring to the Muslim veil.

"Now, one has to be suspicious of any lady wearing a hijab - whether it's a young lady, or an old lady," said the police official, who asked not to be quoted by name because of concerns about his position.

Promoted
Listen to the latest songs, only on JioSaavn.com
Boko Haram has carried out a spate of attacks recently in the northeast, including a devastating one in Baga, a fishing village north of Maiduguri, that killed dozens last week; an assault on the nearby city of Damaturu on Friday evening that set off a gunbattle lasting more than four hours, but that was ultimately repelled by security forces; and a bombing in Potiskum on Saturday that killed two police officers.