In Defence of Rebekah Brooks: a British Lawyer Cripples the Prosecution Case 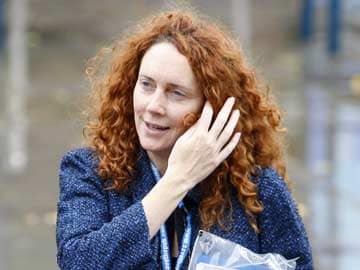 London: Just weeks before her trial on phone-hacking charges was due to start, Rebekah Brooks got some crushing news: the former head of Rupert Murdoch's British newspaper arm learnt that her main defence lawyer could no longer represent her.

Brooks need not have worried about losing John Kelsey-Fry, who dropped out as he himself might be called as a witness in the case, even though he is one of Britain's best trial lawyers.

In his place came Jonathan Laidlaw who in eight months dismantled the prosecution case that Brooks had orchestrated a campaign to hack into phones and bribe officials in the hunt for exclusive news stories. The jury at London's Old Bailey cleared Brooks unanimously of all charges on Tuesday.

Described in the guide to the British legal system as having such "lethal cross-examination skills" that he "kills his opponents softly", Laidlaw mounted an aggressive defence of a woman he said had been vilified for her success.

"This case has been described as the trial of the century," he told the jury. "Much nonsense, complete nonsense, has been spoken. We have seen the prosecution construct a case based not on direct evidence but around inference."

Laidlaw's expertise will not have come cheap. He is likely to have earned the equivalent of about $10,000 a day for the 138-day trial, said a source at his legal offices, at 2 Hare Court chambers.

Laidlaw, who refused to comment on the trial or his compensation, was backed by more junior lawyers, who are paid more than $4,000 a day.

The vast legal costs helped to make the trial one of the most expensive criminal cases in British legal history and the line-up of defendants was likewise almost unparalleled.

"British justice is on trial," the judge, Justice John Saunders told the jury and the massed ranks of wigged lawyers at the start of the trial in Court 12 of the Old Bailey.

Brooks, Coulson and others were accused of involvement in hacking into voicemails left on the phones of celebrities, royalty, politicians and crime victims in the pursuit of stories for Murdoch's now defunct Sunday tabloid, the News of the World.

Who will pay the defendants' legal bills is unclear, although British media have reported that Murdoch's News Corp will pick up the tab for Brooks and most of the others.

Laidlaw's tactics were clear from the off. Having failed to have the case dismissed on the grounds of unfair media coverage, his attack focused on what he said was a vendetta by the authorities against a woman who had wielded huge political influence through Murdoch's newspapers before her arrest.

"There is an awful lot which is going on in the background to this case and in its shadow there are agendas being played out," the 54-year-old Laidlaw remarked during the trial.

Day after day as prosecutors attempted to build a case against Brooks, Laidlaw would forensically dissect their allegations in a polite tone, while expressing exasperation and overt contempt for their "failures".

He also made life hard for the prosecution team, disrupting proceedings by objecting to the evidence and leaving their argument disjointed.

One police officer called as a witness by the prosecution was forced to admit he had got details wrong. Another who recalled Brooks explaining the art of hacking was proven to be incorrect about the date of the alleged conversation, prompting Laidlaw to call her a liar.

The evidence against Brooks was mainly circumstantial. Almost no emails from News International, which Brooks eventually ran, existed before 2005 while millions more were lost in subsequent "purges".

Prosecutors said Brooks had deliberately covered her tracks by arranging to have all emails prior to 2010 deleted, "a clean sweep" as she called it in one email. However, she explained this had been done to address their creaking system and was usual corporate practice.

Murdoch's son James was shocked at the antiquated system when he took over as chairman of the British newspaper arm in 2009, Laidlaw said.

A member of the prosecution team also told Reuters on condition of anonymity that they had failed to find an expert witness who would be both credible and independent to comment on whether editors should be expected to know what their journalists were doing.

As such, prosecutors mainly focused on two cases - the hacking of a phone belonging to murdered schoolgirl Milly Dowler in 2002 and another involving former government minister David Blunkett two years later when Brooks was editing the News of the World's sister daily paper, the Sun.

The prosecution had accused her of receiving information from Coulson, then editing the News of the World, gleaned from hacking. In neither case did prosecutors land a fatal blow on Brooks, although Coulson was found guilty and faces a jail term.

"There was no smoking gun in the evidence," as Laidlaw put it, arguing that the police could detect only 12 definite hackings in the time she was News of the World editor. "(The prosecution) have fallen a long way short of proving hacking was prolific under Mrs Brooks. That matters, that matters a lot."

By the end of the trial, he took the attack directly to the softly spoken lead prosecutor Andrew Edis, arguing his case simply did not stack up. "Not for the first time Mr Edis is thinking a little bit too much like a lawyer and not like a human being," he said during one testy exchange.

While Laidlaw was confrontational, Brooks herself was mostly unflappable. When she finally made it into the witness box, about four months into the trial, she was calm and engaging in contrast to the often ruthless and brash papers she ran.

Prosecutor Edis had urged the jury to see through what he said was an act, which masked her true character.

"If what you saw was a mask, Mrs Brooks must be a witch with truly supernatural powers," was Laidlaw's response. "No human mask could withstand that amount of scrutiny without cracking."

Far from the monstrous figure depicted by critics, the 46-year-old explained how she had had to battle her way through a male-dominated culture and how she had often felt out of her depth. Once in a position of authority she said she had changed her newspapers to campaign on issues such as domestic violence and child protection.

Looking often to her co-defendants including husband Charlie during 14 days giving evidence, she described her private life as a "car crash" and appealed to the jury for understanding when asked about a letter, written but never sent, to Coulson.

The letter, which included the line "I tell you everything", had been used by the prosecution to show how close the two were and how they must have shared work secrets.

"I don't know if anyone has been in this situation but at a time of hurt you come home at night and have a few glasses of wine and you probably shouldn't go on a computer," she told the jury of eight women and three men.

At one point as she explained how she had struggled to have children, her voice became inaudible and she left the court.

Text messages showed how at the height of the scandal one of her main concerns had been for her mother, urging her not to watch the nightly news, while her baby daughter Scarlett, carried by a cousin as a surrogate, had received death threats.

Promoted
Listen to the latest songs, only on JioSaavn.com
"This is a case that had to be heard and had to be decided by a jury," judge Saunders said to the jurors to whom Laidlaw had appealed to find the truth. "The public were entitled to know who was criminally involved at a senior level at the News of the World. You have made this decision."

Brooks walked free from the court on Tuesday through a scrum of photographers, smiling faintly and clutching the hand of her husband. She did not comment.
© Thomson Reuters 2014

"We Were Like Hired Gun": Imran Khan On US War On Terror In Afghanistan