In Another Blow For Donald Trump, Ex-Aide Pleads Guilty To Conspiracy, Lying

Rick Gates, who was a deputy campaign manager for Donald Trump, is being investigated by the office of Special Counsel Robert Mueller, which is probing alleged Russian meddling in the U.S. election. 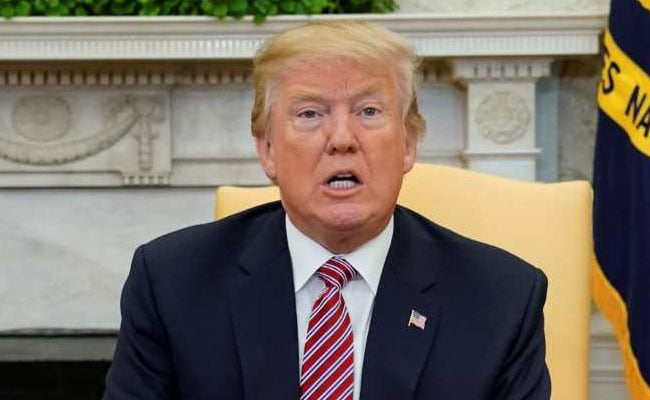 Washington: A former senior official in Donald Trump's 2016 presidential campaign, Rick Gates, pleaded guilty on Friday to conspiracy against the United States and lying to investigators, and he is cooperating with a federal probe into Russia's role in the election.

Gates, who was a deputy campaign manager for Trump, is being investigated by the office of Special Counsel Robert Mueller, which is probing alleged Russian meddling in the U.S. election.

Gates had been potentially facing decades in prison on much more serious charges, including bank fraud and conspiracy to launder money. Under the charges he pleaded guilty to, he faces a maximum sentence of nearly six years.

Prosecutors said they could ask the judge for a reduction in Gates' sentence based on the extent of his cooperation with Mueller's probe.

The plea increases pressure on Paul Manafort, who was Trump's campaign manager for five months in 2016, to also seek a plea deal. However, Manafort said in a statement issued after Gates' plea deal that he maintained his innocence.

Cooperation by Gates, and potentially by Manafort at a later stage, could provide a rich vein of information for Mueller, whose Russia probe includes looking into whether Trump's campaign colluded with Moscow to interfere in the election. 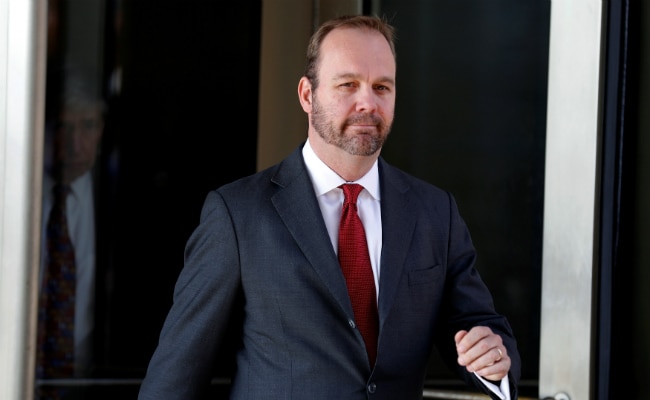 Gates' plea deal appeared to be partially motivated by his concern over legal costs and the strain on his family.

Prosecutors allege that Manafort, with Gates' assistance, laundered more than $30 million and duped banks into lending money. It says the pair used funds from secret offshore accounts to enjoy a life of luxury.

None of the charges to date against Gates or Manafort have made reference to any connection with Russian meddling in the 2016 election or possible collusion. Russia has denied the accusations of interference. Trump has said there was no collusion, and has also denied any attempt to obstruct Mueller's probe.

Mueller, appointed by the Department of Justice last year, has a broad brief that allows him to look into any wrongdoing uncovered in the course of his investigation.

While it was not clear what Gates might be able to reveal to investigators, he was on Trump's campaign team when his then-boss Manafort attended a meeting in June 2016 at Trump Tower in New York between senior campaign aides and a Russian lawyer.

Mueller, according to sources familiar with the investigation, has taken a keen interest in whether Democrats' emails allegedly hacked by Russian intelligence and made public six days after that meeting were discussed then.

Gates helped run the campaign's day-to-day operations, played a key role at the Republican National Convention where Trump was chosen as the party's nominee and accompanied Trump on campaign flights.

He stayed on in the campaign even after Manafort resigned in August 2016 amid a controversy over cash payments from Ukraine. After Trump's election win, Gates was on Trump's presidential transition team and his inaugural committee.

U.S. intelligence agencies have concluded that Moscow sought to meddle in the campaign to tilt the vote in favor of Trump, including by hacking the emails of leading Democrats and distributing disinformation and propaganda online.

Gates and Manafort were first charged in October. On Thursday, Mueller piled up more pressure on the pair - filing a 32-count indictment against them that includes charges of bank fraud and lying on tax returns.

As part of the conspiracy charge, prosecutors say that Gates and Manafort lied to the Justice Department in September 2016, when they were asked whether they had acted as foreign agents in 2013 on behalf of Ukraine's pro-Russian government.

In the plea deal, Gates agreed that he lied to the investigators on Mueller's team on Feb. 1, about a 2013 meeting between Manafort, a senior lobbyist and an unnamed member of Congress who sits on a congressional subcommittee with jurisdiction over Ukraine.

Gates' plea may push Manafort to trying to reach his own plea deal and cooperate with the probe, despite his protestations to the contrary, said Michael Padula, a former federal prosecutor now in private practice.

"His ability to negotiate a deal that is favorable to him at this point given that his codefendant has already made a deal with the government will depend on what he can potentially offer the special counsel regarding their investigation into Russia collusion," Padula said.

The White House said on Friday that the latest charges against Manafort and Gates were unrelated to Trump.

A court filing on Friday charged that between 2008 and 2017, Gates and Manafort devised a scheme to defraud the United States to obtain money and property by making false representations to banks and other financial institutions. Toward the end of that period they worked for Trump's campaign.

In March 2016, Manafort fraudulently obtained a loan for over $3 million on a Manhattan condominium, prosecutors say.

In a letter to relatives and close friends that was obtained by ABC News, Gates expressed concern that a long trial would take a heavy toll.

"The reality of how long this legal process will likely take, the cost, and the circus-like atmosphere of an anticipated trial are too much. I will better serve my family moving forward by exiting this process," he wrote.

Gates, who has a young family and who has been under house arrest, has been peppering the court since last year with requests to travel, coach his children's sports teams and attend school functions.
© Thomson Reuters 2018

(Except for the headline, this story has not been edited by NDTV staff and is published from a syndicated feed.)
Comments
Rick GatesDonald Trump