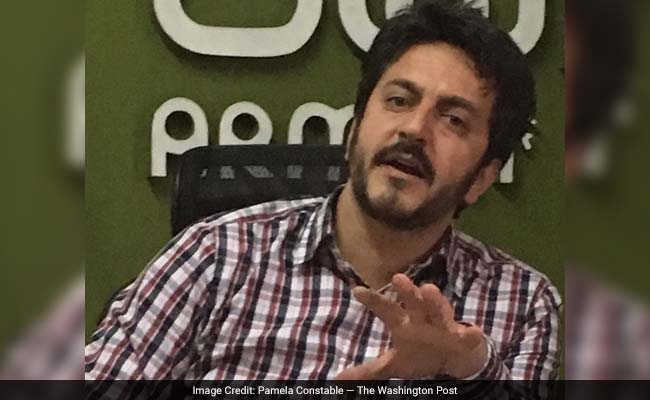 Kabul: The studio of Radio Arman lies behind a thick steel door, deep within a block-long bunker. Once a row of private homes, it is now a maze of production sets and tiny offices, barricaded against car bombs and gunfire.

But when the station comes to life every morning at 7, it opens up a freewheeling, live conversation with the entire country - sharing callers' concerns, putting officials on the air to respond, and offering sympathy and comic relief to a nation exhausted by poverty and war.

The hour-long interactive call-in show, called "Cleaning Up the City," started 14 years ago as a sounding board and troubleshooting service for community issues, and it still performs that role, rotating among mundane daily themes such as education and utilities.

But over time, it has evolved into something more. For an hour each day, the show creates a sense of community and shared problems across a nation that has long been divided by ethnicity, politics and forbidding geography - but where today, listeners nationwide have access to cellphones.

"People trust us. They see us as a source of help and pressure," says Massood Sanjer, 38, a hyperactive, irreverent journalist who has directed and hosted the show since it first aired in 2003. "I get 1,000 calls a day and I have a database of 10,000 phone numbers. We get answers, and we change people's lives."

On a recent morning, the show's mood veered from sarcastic to solemn, as Sanjer juggled calls and switched gears constantly, often bantering with his co-host, Homayun Daneshyar. For some, calling in was mostly an outlet for frustration, a way to blow off stream. For others, it was a last resort.

Sanjer's rapport with the audience was obvious. An assistant took notes on every call, and a second aide logged a deluge of texts, tweets and other messages. There were no commercials, only public service spots urging Afghans to join the army and Taliban insurgents to come in from the cold.

A defense ministry worker complained that no one in his department had been paid in months. Sanjer placed a call to the relevant department head, who mumbled something about a technical delay but then confided in a burst of exasperation, "I'm a general, and I haven't been paid in six months, either."

Several callers criticized President Ashraf Ghani as sitting in his palace and making money while ordinary people struggled, provoking sardonic comments in the studio. Sanjer later said that one frequent caller pretends to be Ghani, mimicking his high-pitched voice to the delight of listeners. (Ghani, actually an abstemious workaholic, has become a punching bag for public frustration about government divisions and drift amid persistent poverty and violence.)

Police corruption came up several times; one man sent in a video of a traffic jam and said the police were demanding bribes to let drivers double park. He then invited Sanjer to ride to work with him. "If you don't believe me, come see for yourself," he said with a conspiratorial laugh.

A more anxious request came from a young Afghan stranded across the Pakistan border, which Pakistan closed weeks ago after charging that militias were attacking from the Afghan side.

The caller said he had missed a crucial entrance test at Kabul University and begged Sanjer to find out if he could have a second chance. Sanjer said he would try to help, then turned to his co-host. "We need a Trump who will seal the border completely," he said with a grin.

There were grimmer calls that stopped the studio repartee cold. Someone said a woman had just burned herself to death in the capital over a family quarrel. A man said his brother-in-law had lost his eyes and hands in the war, and his widow was having problems obtaining his compensation payments.

"You have to do something or his children will be begging in the street," the caller said in evident anguish. Sanjer solemnly promised, this time with no witty aside. After barely 20 calls, the time had run out.

"Cleaning Up the City" is best known for holding public officials accountable, and Sanjer uses various tricks to get them on the air. When one diplomatic official did not pick up his phone, Sanjer just let it ring, while speculating to listeners that he was busy shaving and tying his tie. The embarrassed official finally called back.

But the show has had far more meaningful accomplishments. Sanjer said its proudest moment came in 2014, when his team helped track down a gang of rapists in a Kabul suburb, aided by alert callers, including an emergency room doctor who had just treated several victims. The attackers were caught, convicted and hanged.

After each show ends, Sanjer spends the rest of his day overseeing other programs on Radio Arman as well as three TV news and entertainment stations owned by the Moby Group, Afghanistan's dominant media company. But from 7 to 8 a.m., he is in his element and on top of his game.

Although his style is more chatty than polemical, Sanjer clearly has an agenda that fits in with the larger mission of his pioneering employers: to encourage modern ideas and values, including democratic rights and freedoms, in a deeply traditional Muslim society.

After years of civil war, communist revolution and extremist Taliban rule, freedom of expression has returned and blossomed in Afghanistan, although journalists still face a variety of threats, including Taliban attacks as well as accusations of blasphemy by conservative religious leaders.

Women's rights, another one of Sanjer's priorities, remain much more controversial, with frequent reports of girls being murdered or sent to prison for eloping against their family's will. One show featured interviews with women in prison for such "moral crimes," which he described as a depressing experience.

"There are so many shocking stories. You can be killed for love in Afghanistan," he said. "We are much better today than during the Taliban, but some things make me hopeless. In some ways we are still back where we were then."

Sanjer's family never fled the country, as many middle-class Afghans did during its years of conflict and repression. His first experience with radio came during the five years of Taliban rule in the late 1990s, which he spent working for their official station, Radio Shariat.

Today, with Taliban insurgents causing mayhem nationwide, Sanjer has plenty of reason to worry for his safety; in January of last year, the Taliban blew up a bus carrying workers affiliated with Tolo News, killing seven. But although he has sent his family to live in Turkey, Sanjer said he is committed to staying.

"You can always be in the wrong place at the wrong time, but I don't feel scared to walk down the street," he said. "The country needs us."