Hoegel, Germany's worst post-war serial killer, has already spent nearly a decade in prison on a life term for six other patient deaths but has now admitted to 100 more killings. 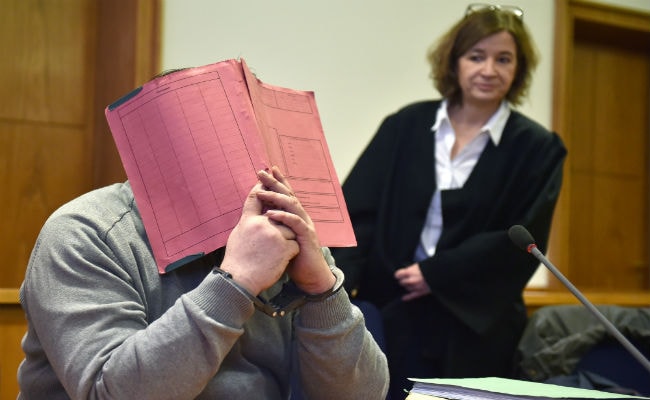 Niels Hoegel confessed to giving patients drug overdoses as he enjoyed the thrill of trying to save them.

A German former hospital nurse who has admitted to killing more than 100 patients in his care apologised Thursday to victims' grieving relatives.

"If I knew a way that would help you, then I would take it, believe me," Niels Hoegel, 41, said at his trial, according to national news agency DPA.

"I am fully convinced now that I owe every relative an explanation," said the bearded, heavyset defendant

"I am honestly sorry."

Hoegel, Germany's worst post-war serial killer, has already spent nearly a decade in prison on a life term for six other patient deaths but has now admitted to 100 more killings.

He has confessed to giving patients drug overdoses because he enjoyed the thrill of trying to reanimate them at the last moment.

Prosecutors say he was motivated by vanity, to show off his skills at saving human lives, and by simple "boredom".

At the start of the trial last month in the northern city of Oldenburg, presiding judge Sebastian Buehrmann said the main aim was to establish the full scope of the murder spree that was allowed to go unchecked for years at two German hospitals.

Prosecutors say at least 36 patients were killed at a hospital in Oldenburg where he worked, and about 64 more at a clinic in nearby Delmenhorst, between 2000 and 2005.

More than 130 bodies of patients who died on Hoegel's watch have been exhumed, in a case investigators have called "unprecedented in Germany to our knowledge".

Investigators say the final toll could top 200 but fear they might never know because the bodies of many possible victims were cremated.