The company's newest line, being unveiled Tuesday, includes dressers with just two front legs, so they cannot stand upright unless they are attached to a wall. 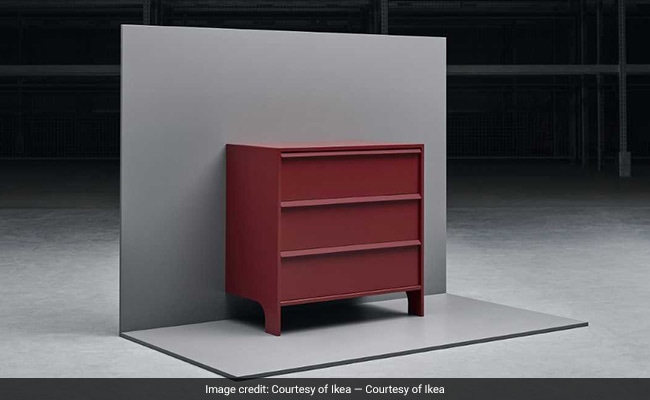 Ikea's new Glesvar line of dressers comes with safety features to decrease the risk of tipping over.

Scandinavian retailer Ikea has introduced a line of tip-resistant dressers to address a design issue that has killed eight children and injured dozens of others in the past two decades.

The Glesvar collection unveiled Tuesday in Sweden comes with a range of "stability features" aimed at getting customers to secure the furniture to their walls. Some dressers have drawers that won't open unless they are properly anchored, while others come with just two front legs, meaning they cannot stand upright unless they are attached to a wall.

"Tip-over risk has been an industry problem for a long time, and we believe the safest thing to do is to attach furniture to the wall," said Vladimir Brajkovic, Ikea's head of product engineering. "It is practically impossible to use these products unless they are installed correctly."

The company, he said, has tried to make it as easy as possible to anchor its dressers to the wall.

"If you follow the instructions and use the parts that we provide, the room for error is minimal, if not zero," Brajkovic said. "There are inbuilt mechanisms so you know you've done this correctly."

In 2016, the Swedish furniture giant recalled more than 35 million dressers after six children were killed or injured by falling furniture. It also paid $50 million to settle a lawsuit with the families of three those children.

The following year, the company "reannounced" its recall after a 2-year-old boy in California died after a Malm dresser fell on him. Ikea said it was aware of at least 299 incidents involving its chests and dressers tipping over, resulting in 144 injuries to children. The company issued full refunds for products manufactured between 2002 and 2016 and partial refunds for pieces made before then. Ikea also offered free wall anchor kits to customers who wanted to keep their dressers.

"While the threat is serious, the solution is simple," the company said at the time. "Anchor TVs, furniture and appliances in the home."

Ikea will begin selling Glesvar dressers in the United States and other select countries in December. The company said it would use sales data from the line to understand customer behavior and "inform future product development."

The retailer, founded in 1943, is an international powerhouse known for its affordable, assemble-it-yourself furniture. Last year it had annual sales of about $44.6 billion, making it the world's largest furniture retailer.

(This story has not been edited by NDTV staff and is auto-generated from a syndicated feed.)
Comments
Ikea's Newest DressersIkeatip-resistant dressers