"I Should Have Hugged Him": Father Of Son Killed In Christchurch Attack 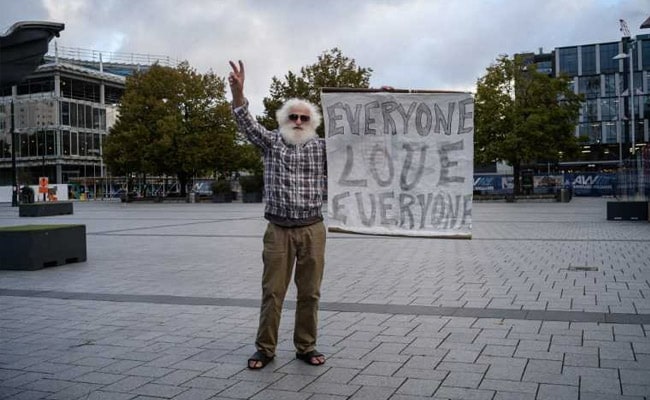 John Milne poses in Christchurch with a sign that reads "Everyone love everyone". (AFP)

John Milne sits on his bed and sobs as he pens an anguished letter to his murdered teenage son Sayyad -- one of 50 people killed in the Christchurch massacre.

For a moment, Milne is unsure what to write.

What do you say to a boy who dreamed of playing in goal for Manchester United and now never will?

After a long pause, the pen starts to move. "I want to do this," he says.

Fragments of his son's short life spill out. 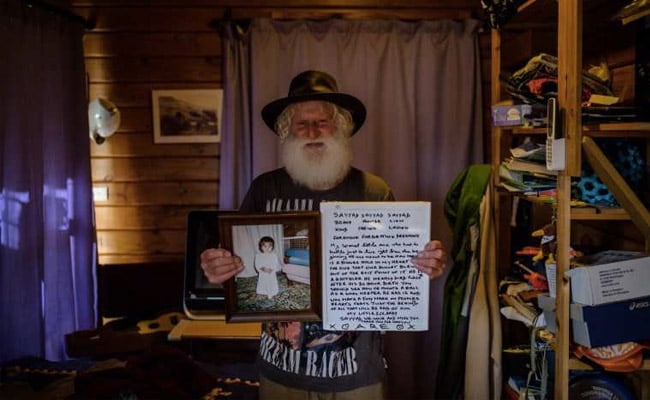 John Milne in the bedroom of his 14-year-old murdered son Sayyad. (AFP)

His son's difficult birth -- "my special little one who had to battle just to live right from the beginning" -- and the hole left in his own heart since the murder.

In the aftermath of Friday's attack, AFP photographer Anthony Wallace has kept a whiteboard in his backpack and asked Christchurch residents to write whatever they want on it.

Most have chosen messages of unity and defiance.

"I love New Zealand. We stand united", wrote Zeynia Endrise, whose husband Abbas had to fight for his life after being shot in his right lung.

At the time of her message, Abbas had just been taken off his ventilator and had opened his eyes. Since then, Zeynia has told AFP his condition has further improved.

"No time for hate"

Atish, a 38-year-old Muslim man in a dark shalwar kameez and prayer cap, wanted to call for restraint.

"There is no time for hate," he wrote.

Sandy McGregor was reading tributes and messages left at a huge wall of flowers in the centre of town. She wept as she wrote: "It is so tragic we will not get to see their beautiful faces again."

Russell Falcome-Price struggled to express what he wanted to say. So that is what he wrote: "I'm lost for words right now. Sorry."

Milne's letter to Sayyad, however, takes up most of the whiteboard, which he is now in possession of.

That will be of little surprise to anyone who has encountered Milne in the dark days since the attack. 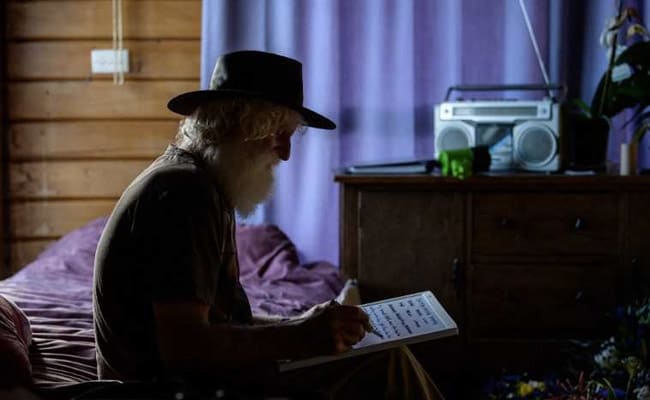 He talks about Sayyad frequently and openly, often referring to him in the present tense.

He was, he said, "a beautiful boy" and devout Muslim who wanted to be a goalkeeper for Manchester United.

Sayyad, who embraced his mother's faith, would go to the Al Noor mosque every Friday without fail.

It was there he was killed when the gunman attacked.

"I should have hugged him"

Milne said he could have lost two sons that day. Normally Sayyad's younger brother Shuayb would have accompanied him to the mosque but he was on a school trip.

Describing what he knew about his son's death he said: "Just taken out, clunk. He fell and hit the floor and just died, probably suffering for a little while. And we got reports, from people who fled there, that they last saw him lying on the floor of the mosque with all the bodies."

But he was adamant the alleged gunman, 28-year-old Australian national Brenton Tarrant, would fail to achieve his goal of sowing hatred between communities.

"Last Friday, a man, thinking that he was going to do marvellous things, to destroy, has done the complete opposite," Milne insisted.

"People are watching, not at what he did, but what is now happening in Christchurch," he added.

"This man is now in a hell-hole, waiting and thinking that he's done a marvellous thing."

"He doesn't know anything about the love, the joy, it's indescribable what he's actually done." 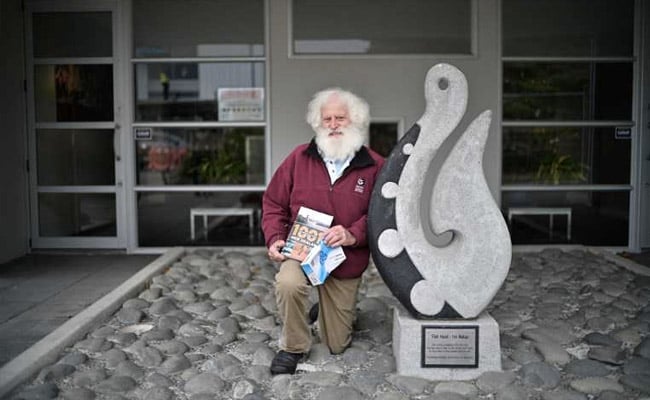 But while Milne can take comfort from the outpouring of support since the attacks, nothing will bring Sayyad back.

He remembers his son walking out the door on Friday morning for school and later prayers and wishes he had embraced him that day.

"I should have hugged him, I should have told him I loved him," he lamented. "And that's what all people need to do, they need to tell whoever: 'I love you'."

He finishes the letter: "Sayyad we love and miss you. Thank you for who you are."

(Except for the headline, this story has not been edited by NDTV staff and is published from a syndicated feed.)
Comments
Christchurch AttackNew Zealand shootingJohn Milne