An Australian white supremacist gunman shot down 50 Muslim worshippers at two mosques in the southern city of Christchurch last Friday in a killing spree that he live-streamed. 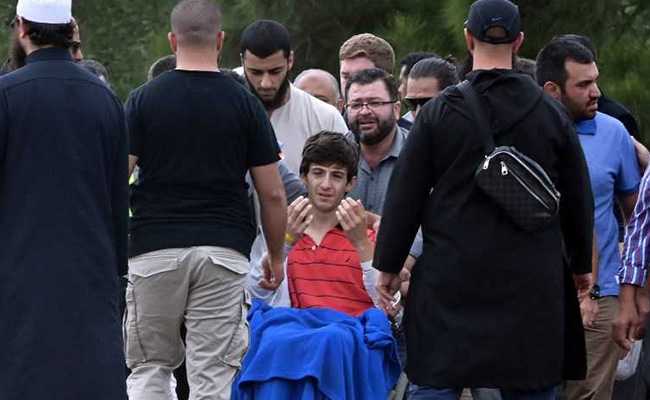 A Syrian refugee and his son were buried in New Zealand on Wednesday in the first funerals of those killed in the twin mosque massacre as Kiwis braced for days of emotional farewells following the mass slayings.

An Australian white supremacist gunned down 50 Muslim worshippers at two mosques in the southern city of Christchurch last Friday in a killing spree that he live-streamed and which has sparked global revulsion.

Hundreds of mostly Muslim mourners gathered Wednesday morning at a cemetery not far from Linwood Mosque, the second of the two places of worship targeted.

There they prayed and laid to rest Khalid Mustafa and his 15-year-old son Hamza, their names broadcast over a loudspeaker.

The family arrived last year as refugees from the Syrian maelstrom only to find tragedy in a land where they had sought sanctuary.

Khalid, 44, and Hamza were shot dead at the Al Noor Mosque, the first attack site.

Khalid leaves behind a wife, daughter and son Zaid, 13, who was wounded in the shootings but survived.

In a powerful scene, Zaid sat in a wheelchair, his hands held aloft as he prayed alongside rows of mourners.

Jamil El-Biza, who came from the Sydney area to attend the funerals, told AFP that Zaid said at the graves of his brother and father: "I shouldn't be standing in front of you. I should be lying beside you."

Also attending was Abdul Aziz, an Afghan refugee who confronted the gunman at Linwood Mosque. He was embraced by many mourners.

Alabi Lateef, who also confronted the shooter at Linwood Mosque, told AFP he and others helped prepare the Mustafas for burial according to Islamic tradition.

"I helped wash the bodies yesterday," he told AFP.

In a sign of the lingering tensions, mourners said the PA system at the funeral broadcast a message announcing proper evacuation procedure from the venue in the event of an emergency.

The grief of Muslim families has been compounded by the failure of authorities to hand bodies to families in time for a speedy burial as required under Islam.

Only six of the 50 victims have been returned so far.

Police commissioner Mike Bush said that the process had been slow because of the need to identify victims conclusively to avoid hindering the prosecution. 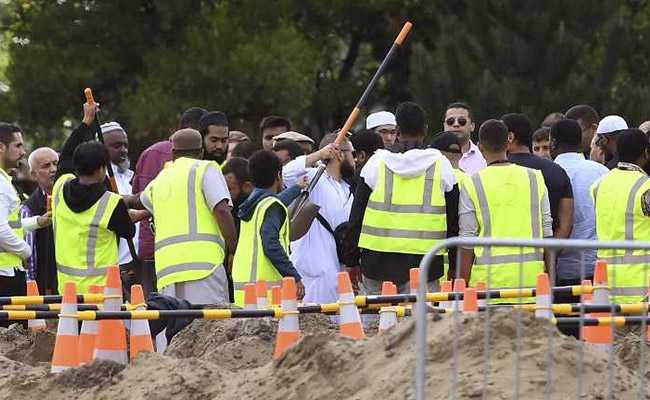 But he pledged authorities were working to expedite procedures and that he expects to return the majority of remains to families by Wednesday evening.

"It would be unforgivable to return the wrong body to a family," Bush said in a statement.

In a rambling "manifesto," gunman Brenton Tarrant had said he was motivated partly by a desire to stoke religious conflict between Islam and the West.

Erdogan, while campaigning for local elections, presented the attack as part of an assault on Turkey and Islam and warned anti-Muslim Australians would be "sent back in coffins" like their grandfathers at Gallipoli, a blood-drenched WWI battle.

"Remarks have been made by the Turkish President Erdogan that I consider highly offensive to Australians, and highly reckless in this very sensitive environment," Morrison said after summoning Turkey's ambassador. 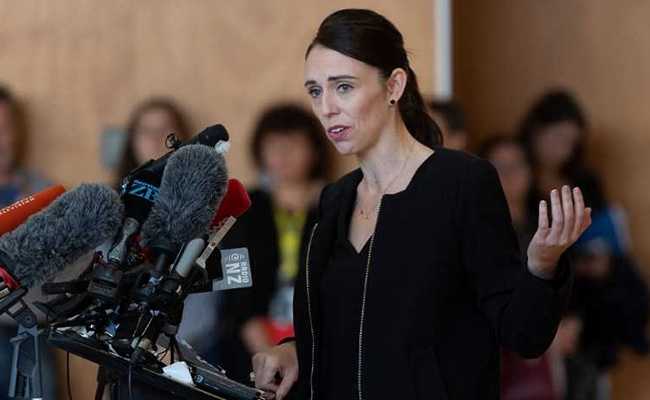 Morrison, who faces an election challenge in coming weeks, said he had asked for the comments to be withdrawn.

The killings have sparked a debate in New Zealand about its comparatively permissive gun laws and whether authorities have done enough to track far-right extremists.

Asked by a student how she felt, Ardern replied simply: "I am sad".

A day earlier Ardern vowed Tarrant would face the "full force of the law" as she opened a sombre session of parliament with an evocative "as-salaam alaikum" message of peace to Muslims.

She called on New Zealanders to deprive the 28-year-old gunman of the publicity he craved by never uttering his name, and to instead invoke only the names of his victims.

"He is a terrorist. He is a criminal. He is an extremist. But he will, when I speak, be nameless," she said.

Dozens of relatives of the deceased have begun arriving from around the world, some hoping to take bodies back with them.

Of the six bodies released so far, four are expected to be repatriated.

Following the shooting, Ardern has promised to reform New Zealand laws that allowed the gunman to legally purchase weapons used in the attack.

New Zealanders have already begun answering government appeals to hand in their weapons.

John Hart, a farmer in the North Island district of Masterton, said it was an easy decision, tweeting: "We don't need these in our country."

(Except for the headline, this story has not been edited by NDTV staff and is published from a syndicated feed.)
Comments
New ZealandChristchurch