In an interview with US conspiracy theorist Alex Jones, Kanye West said that he "loves Hitler" who invented highways and invented the very microphone that I used as a musician. 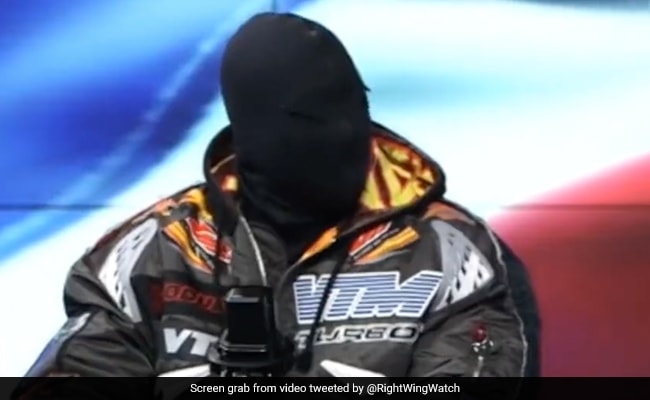 Kanye West, who has said he is running for US president in 2024, said he "loves Nazis" too.

Kanye West sparked outrage on Thursday by declaring his "love" of Nazis and admiration for Adolf Hitler himself during a rambling, hours-long livestream with conspiracy theorist Alex Jones.

In the extraordinary appearance on Jones' Infowars, West -- now known as Ye -- wore a black mask completely covering his face, as he ranted about sin, pornography and the devil.

Even though West hid his face -- the mask had neither eye nor mouth slits -- there seemed no doubt it was him. Jones addressed him as West as they spoke, Infowars billed the interview as being with West, and at one point Jones took West's cellphone and posted a tweet on his account that appeared in real time.

West, who has said he is running for US president in 2024, has spoken openly about his struggles with mental illness, but his erratic behavior has continued to raise concerns.

The rapper-businessman has seen his commercial relationships crumble after a series of anti-Semitic comments.

But in his lengthy appearance on the Infowars livestream, West was unrepentant, drawing shocked laughter and even disagreement from far-right host Jones.

"I see good things about Hitler also," he told Jones.

"This guy... invented highways, invented the very microphone that I used as a musician, you can't say out loud that this person ever did anything good, and I'm done with that.

"I'm done with the classification, every human being has something of value that they brought to the table, especially Hitler.

Jones, a serial provocateur who has been ordered to pay hundreds of millions of dollars in damages for claiming one of America's deadliest school shootings was a "hoax," interjected that "the Nazis were thugs and did really bad things."

West did not back down.

"But they did good things too. We gotta stop dissing the Nazis all the time... I love Nazis."

In October German sportswear giant Adidas severed its lucrative tie-up with West after the star made anti-Semitic statements, including threatening to "go death con 3 on JEWISH PEOPLE," using a misspelled reference to US military readiness.

Paris fashion house Balenciaga and US clothing retailer Gap have also ended ties with West, who appeared at a Paris fashion show wearing a shirt with the slogan "White Lives Matter," a rebuke to the Black Lives Matter racial equality movement.

West appeared on the Jones program with Nick Fuentes, the same white supremacist with whom West had dinner last week with Donald Trump at the former president's Florida estate, in a meeting that provoked outrage.

"Given his praise of Hitler, it can't be overstated that Kanye West is a vile, repellent bigot who has targeted the Jewish community with threats and Nazi-style defamation," a statement from the coalition said.

"Conservatives who have mistakenly indulged Kanye West must make it clear that he is a pariah. Enough is enough."