As Hurricane Florence's winds and rain swept across the Carolinas, communities like Lumberton scrambled to prepare for the surge in flooding that would inevitably follow. 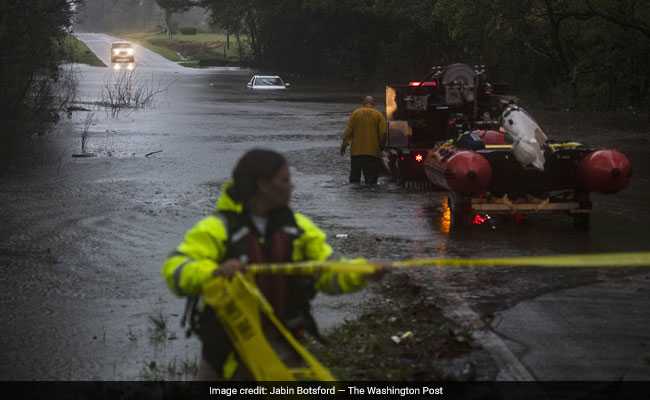 Hurricane Florence: First responders cordon off the area as a car is trapped in rising floodwaters

The call went out through Facebook at a little past noon on Friday: Volunteers needed immediately to fill sandbags and dam up a railway channel where floodwaters have emerged before.

"Pretty soon, I had a hundred of my closest friends out here helping us out," said state Sen. Danny Earl Britt Jr., R, who organized the sandbag marathon at West Lumberton Baptist Church. Men and women, young and old, worked for hours alongside members of the National Guard to fill the white sacks with mud dug up with backhoes. Soon, sweat mingled with the rain that splashed their faces and drenched their clothes.

"Sixty miles per hour winds, shingles flying off their own homes," Britt said. "And they're here working for everyone else."

The work was wet and difficult, but essential: The Lumber River, which runs through town, was expected to rise by as much as 20 feet thanks to rains from Florence. It was not a question of if the river would overtop its banks, but when.

As Florence's winds and rain swept across the Carolinas, communities like Lumberton scrambled to prepare for the surge in flooding that would inevitably follow. 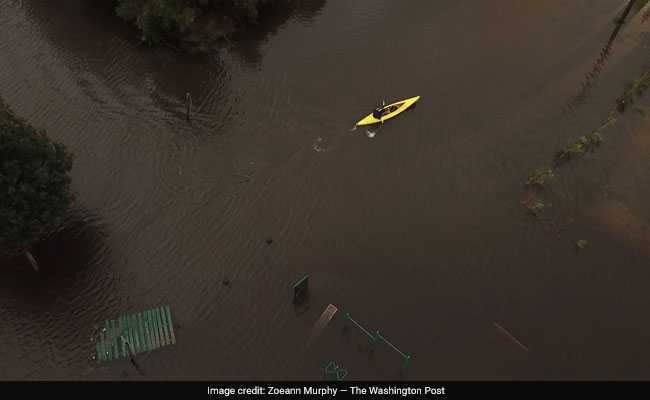 "We face walls of water at our coasts, along our rivers, across our farmland, in our cities and in our towns," North Carolina Gov. Roy Cooper, D, said Saturday morning during a briefing.

Florence was downgraded to a tropical storm Saturday. But its slow forward movement means that coastal and southeastern areas will still get the brunt of its deluge. Parts of North Carolina have already received a record-breaking 30 inches of rain, and many areas are expected to get at least 15 inches more. The National Weather Service forecasts major flooding at most rivers around the state.

Some areas are already experiencing flash flooding, which occurs when rainfall rates are so high that they overwhelm drainage systems.

But a growing concern is river flooding, which happens as tributaries and basins drain into main rivers, causing them to overtop their banks. Some rivers may not crest for another several days.

All or parts of 18 counties in North Carolina had issued mandatory evacuation orders, warning that the flooding from this storm is likely to be even worse than what they experienced during Hurricane Matthew, which devastated the state in 2016.

"While the storm appears on the surface to be not as intense as expected, this is not the case," said Nathan Walls, a spokesman for the city of Fayetteville, N.C. "The worst is yet to come."

In Robeson County, which includes Lumberton, Matthew caused the Lumber River to exceed its banks by 12 feet. The water burst through the river's aging levees and destroyed hundreds of homes.

The Rev. Rick Foreman of West Lumberton Baptist Church said one of his parishioners drowned in Matthew's floodwaters. During Florence on Friday, he watched as the volunteers worked to bolster one of the two flood-prone stretches of the river that could threaten his church. 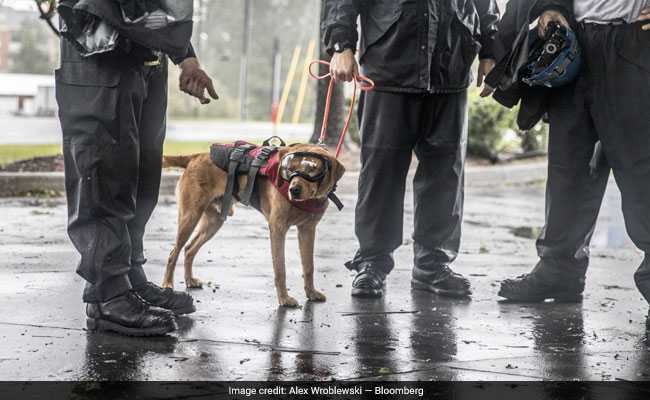 "We kind of have a double whammy on us," he said.

The rain kept coming down.

By Saturday afternoon, the Lumber River was 1 1/2 feet above flood stage. It could get as high as 25 feet before the storm is over, forecasters said. The county ordered mandatory evacuations for the southern part of Lumberton, and spokesperson Emily Jones urged people living in low-lying areas and mobile homes elsewhere in the county to seek shelter.

Many residents heeded the advice. Two of the county's four shelters were already at capacity Saturday.

Deridre Hill is waiting out the storm at the Holiday Inn Express where she is an assistant manager. Two years ago, the flooding around her apartment was so bad that she and her family had to wait a week before they could be rescued by boat.

So when a firefighter advised them about the coming storm this time, she and her husband drove to a nearby dirt road, filled as many 13-gallon trash bags as they could carry full of soil, and positioned the makeshift sandbags outside their front and back doors. Then, they packed up their young two sons and left.

It's nerve-racking not knowing what is happening to her home while she's away, Hill said. But it would have been even more frightening to stay there.

"I'm just lucky I have somewhere to go," she said.

In Fayetteville, where the Cape Fear River is forecast to rise an astonishing 45 feet by Tuesday, a mandatory evacuation order was issued Saturday.

But civil rights attorney Allen Rogers worried that people there in the most at-risk areas, in places with many African-American residents, wouldn't trust an order coming from the police. "I know folks are sitting ducks, but people have a lot of pride and they don't want to be in a shelter or they don't have the resources to leave," said Rogers, who is African-American.

During Matthew, he said, officials didn't make an early effort to warn people about the danger. Four people in Fayetteville died during flash flooding from that storm.

This time, said Mayor Mitch Colvin, who also is African-American, he's doing his best to ensure his city is prepared, as well as working closely with the community to make them feel supported - and to help them leave. Firefighters and police officers have been driving from neighborhood to neighborhood, explaining the risk and encouraging people to seek shelter.

"This one is deadly," Colvin said. "They have to get out or risk being stuck - no one may be able to come and get you for days."

If the forecasts are right, his city could experience 62 inches of flooding in the coming days. There is no holding back waters like that. All people can do is get out of the way.

In the coastal city of New Bern, North Carolina, on Friday, floodwaters had combined with the storm surge to deluge neighborhoods in as much as 10 feet of water - offering a preview of what other communities might endure.

By Saturday, the relentless wind and rain seemed to sap the color from the city. Everything was washed in tints of brown and gray.

Down one street, a refrigerator bobbed on its side. A boat that was normally parked in a back driveway had floated its way to the front door. In front of a house whose owners moved in last week, the water was up to the mailbox. A Jet Ski was the only mode of transportation.

Volunteers steered their rescue boats around the rounded tops of submerged cars like they were icebergs. In dryer areas, cars with wet leaves stuck to their sides lined up for gas only to have their drivers told that the power had just gone out, and there was no telling how long they'd have to wait.

The Waccamaw River in Conway, South Carolina, just outside of Myrtle Beach, had swollen to almost 10 feet Saturday afternoon - just below flood stage. It's projected to hit 19.2 feet by the middle of next week - about a foot higher than the record set during Matthew.

In her living room overlooking the river, Lisa Skipper was packing valuables in trash bags that she and her husband, Ricky, were about to load into a U-Haul van parked outside. Everything else they couldn't bring - pots, pans, table lamps, pantry items, bottles of alcohol and other items - was arranged on the kitchen counter, out of the reach of floodwaters.

The house was built in the 1960s and belongs to Ricky's father, Earl, who evacuated earlier this week.

Living by a river that frequently floods has always been troublesome. Ricky Skipper said they built new floors in his father's house in 2016 - only to replace them when Matthew hit, drenching the home in a foot and a half of water. Given the forecast for Florence, they will likely have to replace the floors again.

But the family, especially Earl, can't imagine leaving the home that holds so many memories of his late wife, Frances.

"She loved this river. She lived on this river for a long time," Lisa Skipper said, as she looked out the windows in the nearly empty living room.

As the Skippers finished loading their U-Haul, their neighbor, 21-year-old Emy Chamberlain, was walking her dog, Fergie. She said she and her family had evacuated ahead of the storm's landfall and had just gotten back home Saturday. Now they could only wait to see what damage the flooding might bring.

(Except for the headline, this story has not been edited by NDTV staff and is published from a syndicated feed.)
Comments
hurricane florenceNorth Carolina