Hurricane Dorian Hits Bahamas. But What Is A Category 5 Storm?

Here are some facts about what makes a Category 5 storm and what to expect as climate change supercharges our weather. 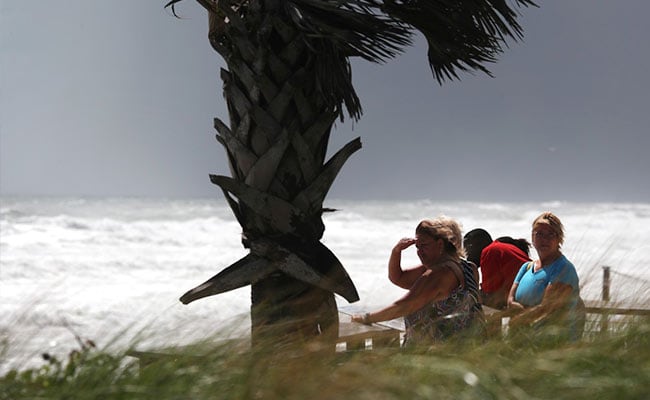 Hurricane Dorian is one of the strongest storms to make landfall in history.

Hurricane Dorian has slammed into the northern Bahamas, one of the strongest storms to make landfall in history. It's also the fifth Category 5 storm to form in the Atlantic in the past four years. Here are some facts about what makes a Category 5 storm and what to expect as climate change supercharges our weather.

What is a Category 5?

Scientists rank hurricanes from one to five on what is called the Saffir-Simpson Hurricane Wind Scale. Category 5 storms have sustained winds of at least 157 miles (252 kilometres) per hour.

Hurricane Dorian's sustained winds reached 185 miles per hour, tying the top speed at landfall ever recorded in the Atlantic, according to the National Hurricane Center.

Dorian's arrival also makes the past four years the longest consecutive stretch on record with at least one Category 5 storm per year in the Atlantic. The last longest stretch was from 2003 to 2005.

Hurricane Matthew in 2016 was the first Category 5 storm in the Atlantic since 2007.

Other recent Category 5's include Hurricane Irma, which battered the Caribbean and the southern United States in September 2017.

Hurricane Katrina, which killed over 1,800 people across the US Gulf Coast in 2005, was also a Category 5.

In contrast, Hurricane Florence in 2018 weakened to a Category 1 event before touching down in the Carolinas, though it was still extremely dangerous.

"A lower category storm can still be dangerous and do a lot of damage," Emmanuel Bocrie, a forecaster at the Meteo France weather service, warned at the time.

In 2018, a string of catastrophic storms -- including Florence and Hurricane Michael, in September and October -- killed dozens of people and caused a total of $32 billion (29 billion euros) in damage in North Carolina, South Carolina and Florida.

Michael was the strongest storm to hit the continental United States since 1969.

In May, the NOAA forecasting service predicted a "near-normal" Atlantic hurricane season for 2019. But authorities encouraged Americans to prepare, as more than 80 million people live in high-risk areas, even if they aren't actually on the coast.

Damage from hurricanes is usually caused more by flooding than by high winds.

Scientists have long predicted that global warming will make tropical storms more destructive, and some say the evidence for this may already be visible.

Warmer oceans add to the raw fuel on which hurricanes feed, and higher sea levels boost storm surges that may overcome coastal defences.