Naa'imur Zakariyah Rahman was convicted Wednesday at the Old Bailey courthouse in London of preparing acts of terrorism. 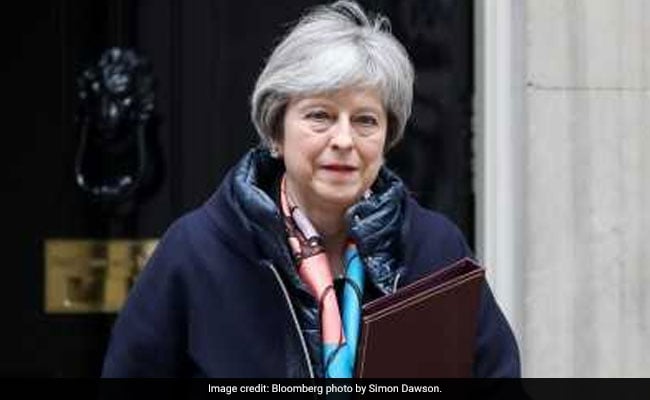 He knew what supplies he needed, including a black-and-gray Carbrini sports backpack and a hooded down jacket. Standard tourist provisions in Britain.

He had the timing all worked out. If he could just get past the gate, a 10-second sprint would find him at the most famous door in the world - the polished black entrance to 10 Downing Street, the emblem of the British state.

Once inside, Naa'imur Zakariyah Rahman hoped to behead the building's resident, Prime Minister Theresa May.

But Rahman was not the only one in on the plan. He shared his ambitions with a man, "Shaq," who presented himself as a weapons fixer for Islamic State militants. The supposed extremist helper was in fact an undercover police officer working alongside MI5, Britain's domestic security service, and the FBI, according to the BBC.

The undercover operation succeeded in nabbing Rahman, 20, who was convicted Wednesday at the Old Bailey courthouse in London of preparing acts of terrorism. He had been arrested in November 2017 and will be sentenced at a later date.

The resident of north London, who has given his nationality as Bangladeshi-British, was first flagged by authorities three years ago over concerns that the teenager, raised in an industrial town near Birmingham, was vulnerable to brainwashing by his uncle, British media reported. His uncle, who left Britain for Syria in 2014, aimed to persuade his nephew to stage an attack and had sent him bombmaking materials, according to authorities.

A coalition drone strike near Raqqa killed the uncle, Musadikur Rohaman, in June 2017. It was when Rahman learned of his family member's death, prosecutors alleged, that he set out to take revenge. His target became the prime minister of the country where he was sleeping in the back of a car, after quarrels with his mother and other relatives had left him homeless.

The same year, a probe into allegations that Rahman had sent lewd images to an underage girl turned up evidence that he had stayed in contact with his uncle. He was never charged in the initial investigation, but a search of his phone set off concern that he had developed extremist views, the Guardian reported.

The undercover operation began when Rahman made contact with an FBI agent impersonating an Islamic State official on social media. The American intelligence officer introduced him to MI5 agents posing as fellow extremists.

"Can you put me in a sleeper cell ASAP?" Rahman asked members of the security services appearing as Islamist militants over the Telegram messaging app. "I want to do a suicide bomb on parliament. I want to attempt to kill Theresa May."

He reaffirmed his resolve the next day, writing, "My objective is to take out my target. Nothing less than the death of the leaders of parliament."

His planning included surveying the grounds of the British civil service and government and giving a backpack and jacket to the undercover police officer, who promised to line the items with explosives. In conversations with the officer, he also praised the Manchester bomber who had left 23 dead, including himself, at an Ariana Grande concert months earlier. The mass-casualty event was among a string of terrorist attacks that buffeted Britain in 2017, putting security services on high alert. One strike unfolded outside the Palace of Westminster, the seat of the British Parliament.

Rahman seemed to draw inspiration from these attacks.

"I wanna drop a bag at the gate, so the gate blows up a bit and I can go through and then like, make a run, like I was thinking taking a human hostage until I get to the actual door," Rahman told "Shaq," the undercover police officer, in a recording played in court.

His intention, he said, was to "make a dash for Theresa May. She sleeps there every night." He told the undercover agent that his intention was to "take her head off."

Rahman's initial aim had been to obtain a truck bomb and firearms, but he revised his planning because he knew neither how to drive nor how to fire a gun. He settled for more crude weaponry and offered up a backpack and jacket to be outfitted for an attack. At the end of November, the agent returned Rahman's backpack and jacket with fake explosives. "Do you know? Now I've seen everything it feels good," Rahman told the officer as he took back the belongings, according to the recording played in court.

Rahman was detained as he walked away from the scene, later saying, "I'm glad it's over."

During the trial, which began in June, prosecutors said they believed Rahman had been days away from attempting to carry out his plot on May's life. The accused told jurors that his planning had been nothing more than fantasy, and that he had merely been trying to impress men he believed to be associates of his uncle.

Security precautions are designed to keep plans to infiltrate 10 Downing Street in the realm of fantasy. The street on which the residence sits has been closed to the public since 1989 and is heavily guarded. Defenses grew more severe after the Irish Republican Army launched mortar shells in an attempt to kill John Major, the prime minister at the time, along with Cabinet members then presiding over British participation in the Gulf War.