Having accumulated an estimated $1 billion by age 21, her entry states, Jenner is "the youngest self-made billionaire 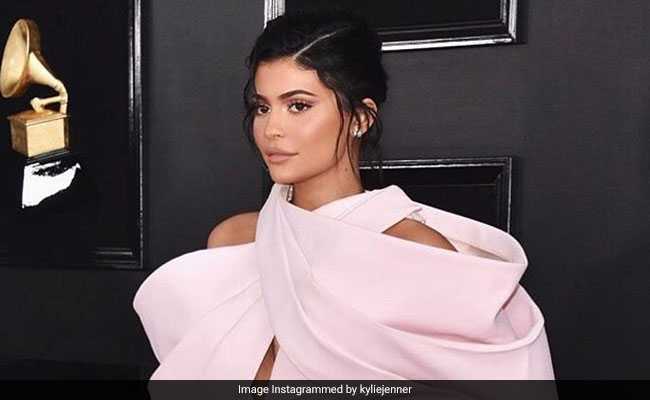 Just as last week's cheating scandal begins to fade from our collective memory, another KarJenner bombshell hits: Kylie Jenner, the youngest of the clan, has become the youngest billionaire in the world.

Forbes magazine declared as much in its annual billionaires list, published Tuesday. Having accumulated an estimated $1 billion by age 21, her entry states, Jenner is "the youngest self-made billionaire, reaching a 10-figure fortune at a younger age than even Mark Zuckerberg (who was 23 when he hit that mark)." The Kylie Cosmetics founder ranks No. 2,057 on a list of 2,153. Amazon founder Jeff Bezos, who independently owns The Washington Post, and Microsoft co-founder Bill Gates still hold the top two spots.

There's a lot to unpack when it comes to Jenner's feat, but social media users zeroed in on the term "self-made" - and not for the first time. A similar reaction ensued when Forbes selected Jenner to be the cover star for its 2018 list of the country's richest "self-made" women. Was it fair to use that word to describe the cosmetics mogul, the public asked, given that she was born into a rich family and owes much of her early fame to half-sister Kim Kardashian West? And what about their mom/manaager, Kris Jenner, who pulls all the strings?

For what it's worth, Forbes noted that it uses "self-made" to describe anyone who didn't inherit a business or fortune. "But the term is very broad," the magazine acknowledges, "and does not adequately reflect how far some people have come and, relatively speaking, how much easier others have had it."

Jenner falls into the latter category. She was born in 1997 to Olympic gold medalist Caitlyn Jenner and Kris Jenner, the ex-wife of attorney Robert Kardashian, known most for defending his friend O.J. Simpson during the sensational murder trial. (Simpson was acquitted.) Kylie grew up with an older sister, Kendall, and several half-siblings: Burt, Brandon, Brody and Casey Jenner from Caitlyn; Kourtney, Kim, Khloe and Rob Kardashian from Kris. The Kardashians were thrust into the spotlight after Robert died in 2003, and they eventually landed the E! reality series "Keeping Up with the Kardashians" in 2007. The show premiered eight months after an old sex tape of Kim's leaked to the public.

Kendall and Kylie appeared in the E! series as tweens, but their screen time grew as they did. As leading members of the Instagram generation, the teenagers leveraged their fame and, as a pair, launched clothing and accessory lines with PacSun and Steve Madden. In late 2015, the youngest Jenner set out on her own and launched the Kylie Lip Kit, a lipstick and lip liner kit that became the foundation of Kylie Cosmetics.

"It's the power of social media," Jenner told Forbes, which notes that she has more than 175 million followers across Instagram, Snapchat, Facebook and Twitter. "I had such a strong reach before I was able to start anything."

Jenner generated criticism in 2014, after her lips appeared to become much larger and she attributed the change to good makeup. She admitted in May 2015 to having temporary lip fillers, and the business instincts she inherited from her mother kicked in. She paid for 15,000 lip kits and teased them on social media, eventually putting them up for sale online for $29 in November of that year. They sold out in minutes.

The company was renamed Kylie Cosmetics in February 2016, when Jenner stocked the site with 500,000 more lip kits in multiple shades, and it has since expanded to other makeup products. (The lip kits still go for $29.) Forbes reports that Kylie Cosmetics made $307 million in its first year, but sales grew only slightly until this past November, when Jenner partnered with the beauty store Ulta to sell her products at brick-and-mortar retailers.

Kylie Cosmetics made about $360 million last year. Forbes says Jenner's company is worth at least $900 million and, when adding the money Jenner already had and subtracting her mother's 10 percent management fee, that puts her at $1 billion.