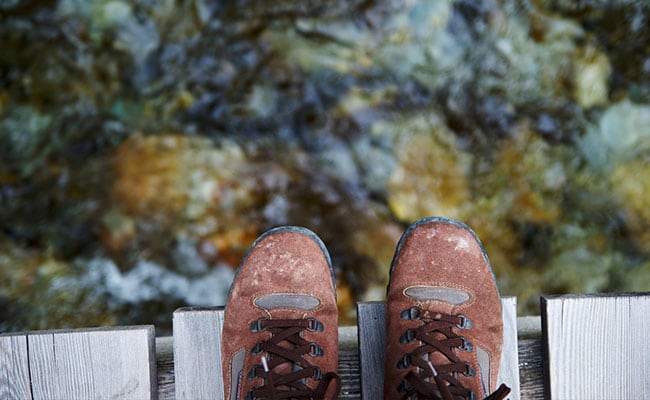 Angela Martin was driving across an overpass when she saw a woman standing on the narrow ledge.

In a Minnesota neighborhood still reeling from the police shooting death of Philando Castile last month, a group of mostly black citizens and white police officers worked in tandem Monday evening to save a life.

Angela Martin, a 50-year-old African-American grandmother of six, was driving across an overpass in St. Paul when she saw a young woman climb over a chain-link fence and stand on the narrow ledge above busy Interstate 94.

Martin immediately stopped her car, called the police, said a prayer and rushed over to dissuade the woman from taking her life.

She knew that to keep the woman from jumping she had to create human connection by speaking compassionately and making eye contact.

She looked into the woman's eyes and pleaded: "Please, honey, you don't want to do this. You have so much life to live." The woman said, "No, my mom doesn't love me."

"We love you," Martin told her. "We'll do anything for you."

"She was looking at me. She was trying to understand me," Martin said in an interview Wednesday. "But then she said, 'No, my mom,' and that's when she turned around and then I hung on to her for dear life."

With the woman's back now to her, Martin reached through the fence and grabbed a handful of her T-shirt with one hand and her belt loop with the other. Martin yelled for other bystanders to come help her hold the woman who had now let go of the fence and was squirming trying to jump and yelling, "No, let me go."

St. Paul police officer Vlad Krumgant told the Star Tribune, among the first to report the story, that he saw the scene from the highway, and when he looked up he saw the woman dangling and "being held by a 'giant mass of people.' "

The strangers reached through the fence and grabbed parts of the woman's shirt to keep her from falling. Krumgant and his partner arrived and with a bolt cutter they began cutting away at the fence to pull her through.

Meanwhile, down the road, Lucky Rosenbloom was sitting outside his family's 60-year-old corner store and heard all the commotion on the bridge. As he neared he saw a police officer in the middle of a scrum, and thought the officer might be in trouble.

"I thought it was a protest, all I could see was one uniform, so I wanted to help him," Rosenbloom said. "My instinct was this cop needs help. Whatever that officer is going through we're going to go through it together."

Given the recent racial tensions between his community and the police, he doesn't know why his first thought was to run to help the officer, but it was.

But when he got closer he saw the crowd wasn't fighting each other, they were working together. They were clinging to a woman now hanging above the highway, kicking and trying to break free, he said. He stepped in and grabbed the girl under her arm and helped pull her back through the hole in the fence.

Martin, whose fingers were slipping, had been relieved by the police officers. She filmed the rescue, and she and others can be heard in a video yelling, "amen," when the girl is pulled to safety.

The St. Paul Police Department did not return a call for comment, but Krumgant told the Star Tribune that while it was a terrible circumstance, it was a moment that brought the community together.

"It was cool to see the connection between a group of strangers that never even would have said 'hi' to one another as they passed," he said. "We're all part of this community."

Both Rosenbloom and Martin said the woman is not black, and each independently said she looked Native American and was probably in her twenties.

Martin said she's hoping to contact the woman to offer her the maternal support she seemed to be lacking.

"I really wish I could talk to her," Martin said. "If she ever needs a mentor, I'll be there for her. I'll do whatever I can. I would love to give her advice or do things with her."

"My mom and dad always told me, 'It doesn't matter what color they are, if you see someone crying or struggling you help them any way you can,"' she added. "You just don't pass by someone going through something, especially if they are ready to kill themselves. It's something you should always be vigilant of in life."