"In accordance with the four types of offences clearly stipulated in the law, the school management and teachers should review teaching and learning materials in a timely manner, including books," the Education Bureau said. 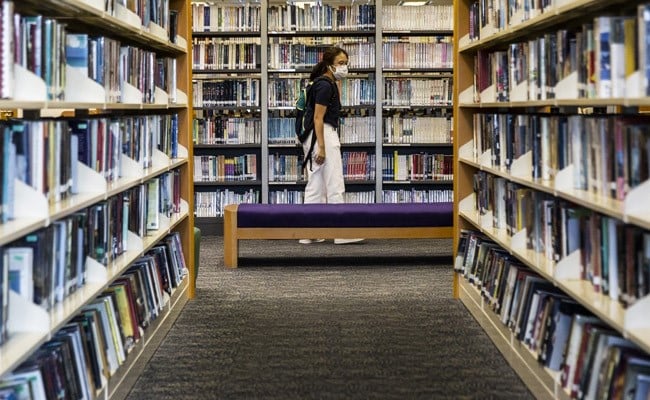 Hong Kong's government on Monday ordered schools to review and remove any books that might breach a sweeping new security law that Beijing imposed last week on the restless city.

"In accordance with the four types of offences clearly stipulated in the law, the school management and teachers should review teaching and learning materials in a timely manner, including books," the Education Bureau said.

"If they find outdated content or content that may concern the four aforementioned offences, they should remove them," the bureau added.

Authorities promptly declared political views espousing independence or self-autonomy would be viewed as illegal under the new law.

Rights groups and legal analysts have warned the broad wording of the law, which was kept secret until it was passed, would have a chilling effect of political freedoms in the semi-autonomous hub.

The order for schools to review and remove any contraband books comes two days after Hong Kong's libraries said they were also pulling titles deemed to breach the law for a review.

Among those withdrawn from shelves was one by prominent activist Joshua Wong, another by pro-democracy lawmaker Tanya Chan and multiple other titles written by Chin Wan, a scholar who is seen as the godfather of a "localist" movement advocating greater self-determination for the city.

Hong Kong has some of Asia's best universities and a campus culture where topics that would be taboo on the mainland are still discussed and written about.

But Beijing has made clear it wants education in the city to become more "patriotic" especially after a year of huge, often violent and largely youth-led pro-democracy protests.