The United States took the dramatic step of revoking the special status conferred on Hong Kong thus paving the way for the territory to be stripped of trading and economic privileges. 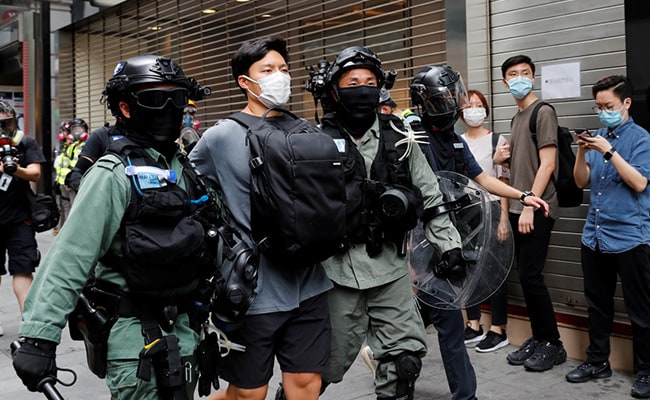 China's plan to impose a new security law on Hong Kong puts it in direct violation of its international commitments, Britain, the United States, Canada and Australia said on Thursday.

"China's decision to impose the new national security law on Hong Kong lies in direct conflict with its international obligations under the principles of the legally binding, UN-registered Sino-British Joint Declaration," the four allies said in a joint statement.

"The proposed law would undermine the One Country, Two Systems framework," they added, referring to Hong Kong's special status within China under the terms of its handover from Britain in 1997.

The condemnation was issued after China's parliament rubber-stamped a law initially proposed by the National People's Congress after huge pro-democracy protests rocked the financial hub for seven months last year.

The United States took the dramatic step of revoking the special status conferred on Hong Kong in response, paving the way for the territory to be stripped of trading and economic privileges.

The four nations said they were "extremely concerned that this action will exacerbate the existing deep divisions in Hong Kong society; the law does nothing to build mutual understanding and foster reconciliation within Hong Kong."

Their statement added: "The world's focus on a global pandemic requires enhanced trust in governments and international cooperation. Beijing's unprecedented move risks having the opposite effect."

British Foreign Secretary Dominic Raab later told reporters that the UK would change its rules around the rights of "British National Overseas" (BNO) passport holders if China went ahead with the new law.

Before Britain gave the city back to China in 1997 it offered Hong Kongers a special BNO status to calm those worried about their future under Beijing's rule.

Holders can currently enter Britain without a visa and remain for up to six months, as well as get consular assistance abroad.

But they have no right to live in the UK.

Raab said that could be changed to allow for extendable periods of 12 months, adding "that would itself provide a pathway to future citizenship".