The Hong Kong Human Rights and Democracy Act passed the House of Representatives by 417 to 1, one day after the Senate unanimously passed the measure, provoking an outcry from Beijing. 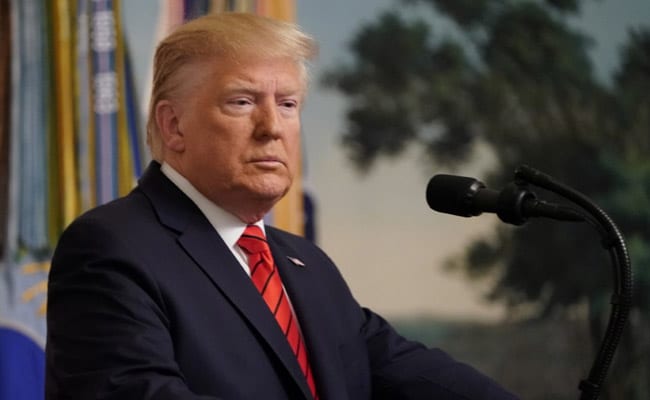 The bill requires the US president to annually review the favorable trade status.

The Hong Kong Human Rights and Democracy Act passed the House of Representatives by 417 to 1, one day after the Senate unanimously passed the measure, provoking an outcry from Beijing.

The bill requires the US president to annually review the favorable trade status that Washington grants to Hong Kong, and threatens to revoke the coveted status that the semi-autonomous Chinese territory enjoys with the United States if its freedoms are quashed.

The measure now heads to Trump. He has not decisively said whether he will sign it, although the passage by a strong veto-proof majority may affect his calculus on the bill.

The House, by 417 votes to 0, also approved Senate-cleared legislation that would ban sales of tear gas, rubber bullets and other equipment used by Hong Kong security forces.

The bills set up a potential conflict between the two economic superpowers that could jeopardize a major trade deal which has been under negotiation for months.

Michael McCaul, top Republican on the House Foreign Affairs Committee, denounced China's "authoritarian brutality" on display in Hong Kong as he spoke directly to residents of the territory from the House floor.

"America stands with you and America will always support you," McCaul said.

The votes marked an unusually strong show of bipartisanship in divided Washington.

Republican Senator Marco Rubio, a sponsor of the Senate bill, applauded Democratic House Speaker Nancy Pelosi for swiftly bringing it to a vote in her chamber.

"As the Chinese Communist Party and Hong Kong government officials continue to violate the basic rights of the Hong Kong people and erode Hong Kong's autonomy, the United States must make clear that we continue to stand with Hong Kongers fighting for their long-cherished freedoms," Rubio said.

The rights bill passed as dozens of pro-democracy protesters stood firm inside a besieged Hong Kong university, where a four-day standoff against police has caught the world's attention.

The city has suffered nearly six months of increasingly savage anti-China protests and unrest that began over a now-shelved bill to allow extraditions to China, which revived fears that Beijing was slicing into the city's freedoms.