"Given the riots in Hong Kong, the defence ministry should have ended this programme long ago," Joshua Wong said 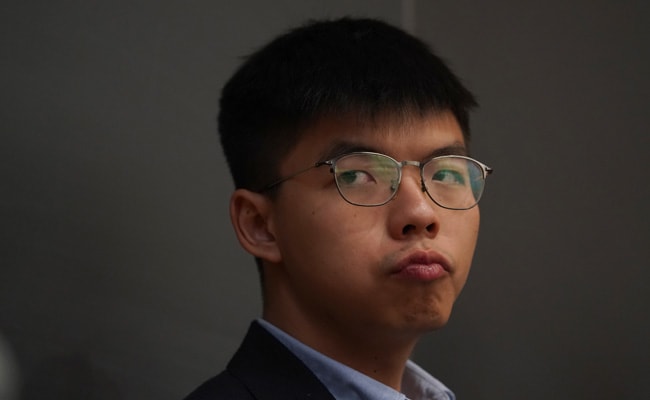 Speaking to the top-selling Bild newspaper, Mr Wong said: "It makes me furious that the German Bundeswehr is apparently helping to train Chinese soldiers. Given the riots in Hong Kong, the defence ministry should have ended this programme long ago."

The sudden emergence of soldiers from the Chinese People's Liberation Army on the streets of Hong Kong Saturday rattled nerves in the semi-autonomous territory, rocked by months of increasingly violent anti-government protests.

In a rare and highly symbolic troop movement, the plainclothes soldiers briefly left their Kowloon barracks to help clean up debris and bricks from the protests.

"When will their export be stopped?" he asked.

"Given the current situation in Hong Kong, the German government should send a clear signal and immediately end any military cooperation," Mathias John, an expert in arms and human rights at Amnesty International in Germany, told Bild.

According to the daily, the German military plans to give 11 PLA soldiers logistics and senior officer training in 2020.

In a separate interview to appear in Monday's edition of the German Sueddeutsche daily, Wong justified the use of violence against police by Hong Kong's anti-government demonstrators.

"We won't achieve our goals through purely peaceful protest alone," he said, in comments translated into German.

"Nor through violence alone. We need both," he added.