History Of Ghosts And Murder Awaits Japan PM In 1929 Mansion

Prime Minister Shinzo Abe lived at his private residence in the Shibuya district of Tokyo, about 15 minutes away from the office by car. 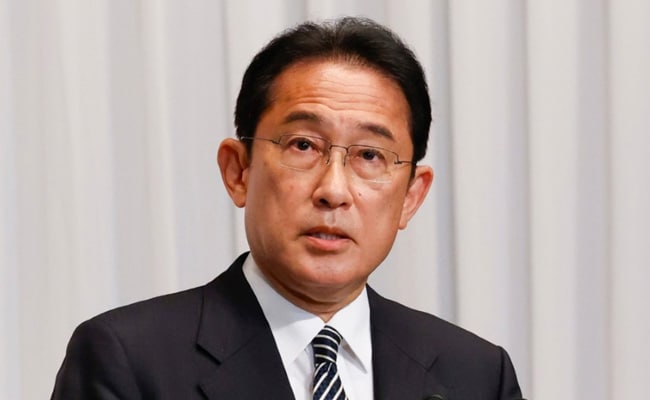 Premier Fumio Kishida could move as early as this weekend into the two-story 5,183-square-meter

For the first time in nearly a decade, a Japanese prime minister is set to live in the official residence for the premier -- a century old structure that is a monument to art deco aesthetics and clouded by an ominous history.

No date has been formally announced but national public broadcaster NHK has said Premier Fumio Kishida could move as early as this weekend into the two-story 5,183-square-meter (55,789 square foot) stone and brick mansion that was opened in 1929 and meant to be a symbol of Japan's entry into early 20th century modernism. The residence underwent a renovation completed in 2005, which reportedly was proceeded with an exorcism by a Shinto priest to ward off evil spirits that some in political circles worried had gathered over the decades.

Kishida, who took office about two months ago, is moving to be nearer to the prime minister's office, a glass and steel structure opened in 2002 a few meters away, to be quickly on hand in case of an emergency. He has been living at a residence for lawmakers, Jiji Press reported, and will be the first premier in the mansion since Yoshihiko Noda in 2012.

The last two prime ministers stayed away. Kishida's predecessor Yoshihide Suga commuted to work from the housing complex for parliament members. The location may have helped him wheel and deal with lawmakers away from the media.

Prime Minister Shinzo Abe lived at his private residence in the Shibuya district of Tokyo, about 15 minutes away from the office by car. Even though the official residence was unoccupied, it still cost taxpayers around 160 million yen ($1.4 million) a year for upkeep, according to Noda.

Abe had lived in the official prime minister's residence for about 10 months during his first time as prime minister in 2006-2007. During that period, the revamped residence became the home to six, short-serving premiers who averaged a little over a year in office and was seen as an inauspicious place for a new leader.

Abe didn't go back when he returned as premier in 2012, and became the country's longest-serving prime minister.

The original residence and office was built as Tokyo emerged from a devastating earthquake in 1923 and inspired by the Imperial Hotel designed by American architect Frank Lloyd Wright. The hotel officially opened the same day the temblor struck Tokyo and it survived the cataclysmic event that leveled large parts of the capital and killed tens of thousands of people.

Three years after the prime minister's office opened, young naval officers barged in and assassinated Prime Minister Tsuyoshi Inukai in 1932. Four years later, the facility was the site of another military uprising, but then Prime Minister Keisuke Okada hid in a closet and survived. Five people were fatally shot and what was thought to be a bullet hole left above a main entrance door served as a reminder of the insurrection that came as the country plunged into militaristic rule.

As Japan emerged from the destruction of World War Two and for the decades that followed, there were no major revisions to the facility, which grew outdated and was seen by many cabinet office workers as gloomy. Former Prime Minister Yoshiro Mori told Abe that he saw ghosts there, according to a Sankei newspaper report.

Its grand halls were still put to use hosting foreign guests, such President George H.W. Bush, who became ill during a 1992 banquet there and vomited on the lap of Prime Minister Kiichi Miyazawa as he passed out.

The government has spent about 8.6 billion yen to transform the residence into a homelike environment. Its intricate word carvings and ornate rooms have been painstakingly restored. Its idiosyncratic decorations have been preserved, including stone owl carvings standing guard outside.

Now all it needs is a new resident.