Hindu, Sikh Leaders In Interfaith Service to Kick Off Historic Democratic Convention In US 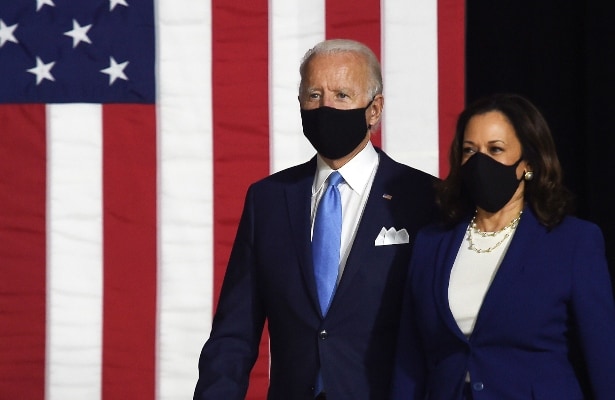 Due to COVID-19, they Democratic convention will largely be held virtually. (FILE)

Scriptures from Vedas and Mahabharata rendered by a woman from Chinmaya Mission in Texas and prayer by a Sikh community leader from Wisconsin Gurdwara echoed at an interfaith service held virtually to kick off the historic Democratic National Convention.

On the eve of the DNC that will break a glass ceiling, Josh Dickson, National Faith Engagement Director at Biden for President, on Sunday held an interfaith service to celebrate America's collective strength, diversity, and humanity and prepare to unite around Biden's vision for a kinder and stronger country.

A board member of Chinmaya Mission Dallas Fort Worth, one of the largest Hindu organisations in the US, Gonuguntala recited the ''Shanti (peace) mantra'' from the Vedas.

The interfaith meeting was opened by Pardeep Kaleka, son of Oak Creek Gurdwara founder Sawant Singh Kaleka who died in a mass shooting at the Sikh temple in 2012.

In August, 2012, a mass shooting took place at the gurdwara in Wisconsin, where a 40-year-old white supermacist shot dead six people and wounded four others. A seventh victim died of his wounds later. The accused Wade Michael Page committed suicide by shooting himself in the head after he was shot in the hip by a responding police officer.

"Our unified prayers should inspire action. Action to continuously reform policies and governance that have made it difficult for so many to realise the potential of this great democracy and commit to act, not just for the betterment of some, but for the betterment of all. Therefore, we ask God to give us courage to face the current challenges of 2020," said Kaleka, executive director of Interfaith Conference of Greater Milwaukee.

"Our interfaith community is no stranger to the collective burden against hate and violence, as we witnessed eight years ago at the Sikh temple of Wisconsin. The loss of seven souls to the hands of affiliated white supremacists...taught us one important lesson...that healing is so much more powerful than hate, and it is indeed time for us to heal," he said.

National conventions for the Democratic and Republican parties take place every four years, where each party formally nominates its candidates for president and vice president.

The Democratic and Republican conventions were initially set to take place in Milwaukee at Wisconsin and Charlotte in North Carolina, respectively. However, due to the COVID-19 pandemic, they will now largely be held virtually.

These conventions give both parties a chance to outline their policy priorities and feature a wide range of candidates, elected officials, and other guests as speakers.

Other leaders who participated in the interfaith service include Marin Webster Denning, a lecturer at the University of Wisconsin and member of the Oneida Nation of Wisconsin; Imam Noman Hussain, an Islamic studies instructor at Salam School, an Islamic school of about 1,000 students in Milwaukee, and Bishop William Murphy III, lead pastor of the dReam Centre Church of Atlanta.