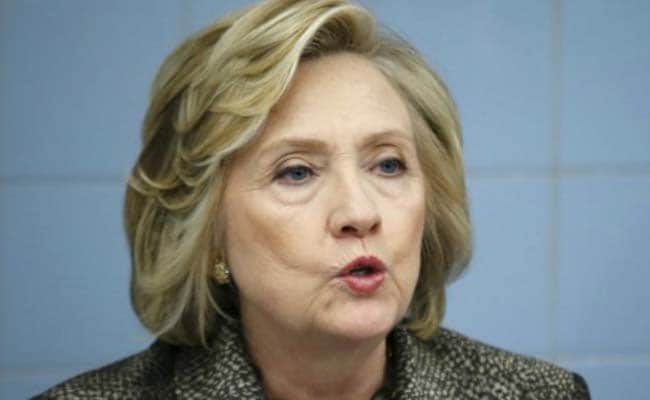 She said that the goal of trade deals should be to create new jobs, raise wages and protect national security.

"What I know about it, as of today, I am not in favour of what I have learned about it," the Democratic presidential candidate told the PBS news channel.

The TPP, an ambitious idea pushed hard by the Obama administration, would address the "21st century trade issues" such as intellectual property protections, digital trade rights and protections for investors.

Billed as a historic agreement by Mr Obama, TPP links 40 per cent of the global economy, according to US experts.

"I'm worried about currency manipulation not being part of the agreement. We've lost American jobs to the manipulations that countries, particularly in Asia, have engaged in. I'm worried that the pharmaceutical companies may have gotten more benefits, and patients and consumers fewer.

There are still a lot of unanswered questions," Ms Clinton said.

"Sometimes, they look great on paper. I know, when President Obama came into office, he inherited a trade agreement with South Korea. I, along with other members of the Cabinet, pushed hard to get a better agreement. We think we made improvements," she said.

"It doesn't have the results we thought it would have, in terms of access to the markets, more exports, et cetera," Ms Clinton said.

The Democratic party frontrunner presidential candidate rejected the notion that the US would not be able to meet the challenge of China in Asia if the deal is rejected.

"I don't think so, because the best way that we can exercise influence in Asia is to remain the world's strongest economy here at home," she said.