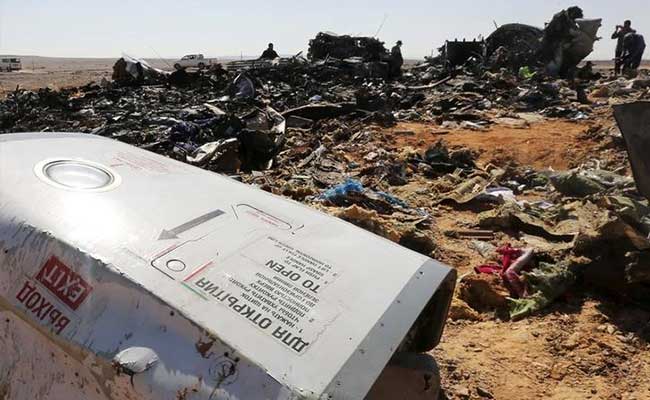 Washington: Britain's foreign minister said Monday it is highly likely that a bomb planted by a supporter of the Islamic State group downed the Russian passenger jet lost over Egypt.

"We think it was more likely than not an explosive device on the aircraft," Philip Hammond said of the cause of the October 31 crash, which killed all 224 people on board a Russia-bound flight leaving the resort of Sharm el-Sheikh.

"There's got to be a high probability that ISIS was involved," he added, speaking to CNN and using an alternative acronym for the Islamic State network.

"That doesn't mean that it was a directed attack from ISIS headquarters in Syria," Hammond added, shortly before he was due to attend talks in Washington with US Secretary of State John Kerry.

"It may have been an individual who was inspired by ISIS who was self-radicalized by looking at ISIS propaganda and was acting in the name of ISIS without necessarily being directed."

British officials have been criticized by Russia and Egypt for suggesting that a bomb caused the crash before investigations are complete, but Hammond said he was speaking on the basis of intelligence he had received.

Asked specifically by CNN whether there was a "high probability" that the attack was caused by a bomb planted by the IS group, Hammond said: "That's the way it looks at the moment."

'Omicron' Was "Present" In Europe 11 Days Before South Africa Cases