In a statement, New York Mayor Bill de Blasio reiterated the crash did not appear to be a terrorist act. He added there was no ongoing threat to the city. 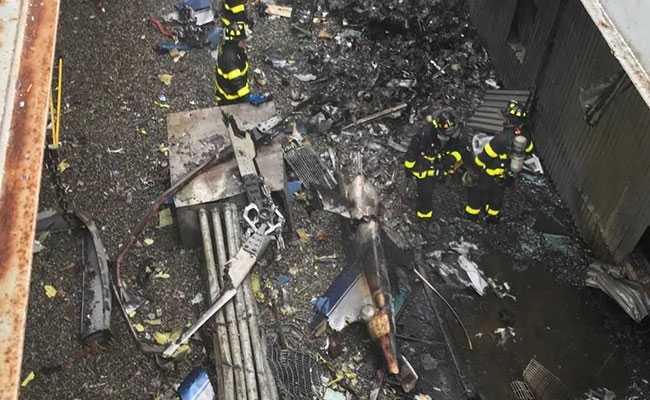 Visibility was low at ground level, down to just over a mile at 2 p.m. (AFP)

A helicopter crashed into the roof of a Manhattan building Monday afternoon, killing the pilot, in what officials said was an attempt at an emergency landing. There were no other injuries or deaths, officials said.

The crash at the building on Seventh Avenue, a few blocks south of Central Park, occurred around 1:45 p.m. The aircraft was initially described as a plane, a fire department spokesman said.

Gov. Andrew Cuomo told reporters that there was no indication of the crash being intentional.

"If you're a New Yorker you have a level of PTSD, right, from 9/11," said Cuomo, a Democrat. "So as soon as you hear an aircraft hit a building, I think my mind goes where every New Yorker's mind goes."

President Donald Trump said he had been informed about the accident, later telling reporters "It's a big tragedy ... a very sad event."

In a statement, New York Mayor Bill de Blasio reiterated the crash did not appear to be a terrorist act. He added there was no ongoing threat to the city following the "absolutely shocking, stunning incident." 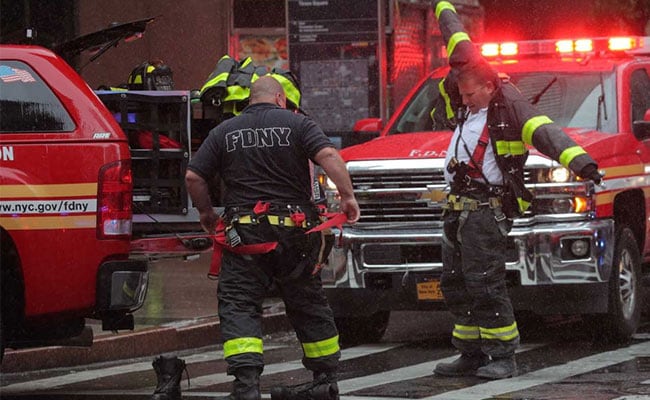 It wasn't immediately known if the helicopter had received permission to fly.

"There were no other injuries that we know of at this point in time to anyone in the building or on the ground," de Blasio said. "And I want to just say, thank God for that."

The pilot was identified by his employer late Monday as Tim McCormack, according to The Associated Press. He'd worked at East Clinton Volunteer Fire Department, located in Dutchess County, New York, since 1994. The department mourned McCormack in a Facebook post, writing that he was well-respected throughout the county. "Tim was a dedicated, highly professional and extremely well trained firefighter," the department wrote. "Tim's technical knowledge and ability to command an emergency were exceptional."

Videos posed on social media showed smoke from the crash emanating from the roof of the building, at 787 Seventh Ave. between 51st and 52nd streets. Police said that a fire on the roof had been extinguished but asked people to avoid the area around the building as emergency responders headed to the scene. Other videos showed people evacuating the area in a hurry.

The Federal Aviation Administration said that the helicopter was an Agusta A109E. Eric Weiss, a spokesman for the National Transportation Safety Board, said the agency was gathering information to determine whether it would investigate the crash. Police say they haven't yet determined where the helicopter was headed when it the took off from the 34th Street heliport at about 1:32 p.m. Speaking to reporters, de Blasio indicated there's a temporary flight restriction in the airspace, requiring approval from air traffic control at LaGuardia Airport.

It wasn't immediately known by Monday evening if the helicopter had received permission to fly, he added.

Visibility was low at ground level, down to just over a mile at 2 p.m.; 10 miles is considered full visibility. At the same time, rain, fog and mist were all being reported. Winds were out of the east around 9 mph at the time of the crash, though they had gusted to 20 mph earlier in the day.