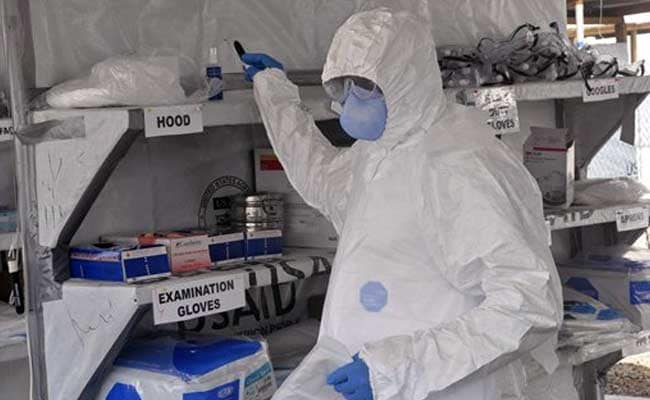 In the affected countries, not even primary care is readily accessible and specialist treatment is rare , the study authors said.

Many endured the debilitating after-effects without access to treatment in west African countries stretched beyond their limits by the worst Ebola outbreak in history.

Of 277 survivors examined at a clinic in Sierra Leone, about four months after they were discharged, nearly 80 percent reported joint pain, said the experts.

"The numbers were higher than we initially expected," study lead author Sharmistha Mishra of the University of Toronto told AFP by email.

There had been reports of Ebola after-effects before this outbreak, which started in December 2013.

But the new study, published in The Lancet Infectious Diseases, claimed to be the largest and most detailed yet into the nature of post-Ebola complications, and how widespread they were.

Survivors of the outbreak in Sierra Leone, Liberia and Guinea "are experiencing significant long-term effects with potential for long-term disability including visual loss," said Mishra.

In the affected countries, not even primary care is readily accessible and specialist treatment is rare , the study authors said.

Sierra Leone had two ophthalmologists at the time of the outbreak.

The team had examined Ebola survivors in Port Loko, Sierra Leone, between March 7 and April 24 this year.

They found that the higher a patient's "viral load" had been at the height of their illness, the worse the complications could be afterwards.

And the team uncovered further evidence that Ebola virus may live on in specialised "sanctuary sites" in the body -- including the eye, where it may be the cause of the vision problems many patients had reported.

While Ebola virus clears from the blood within weeks, the UN's World Health Organization (WHO) has previously said it may persist for up to a year in the eye or semen, and in the breast milk of women infected while pregnant.

The WHO website says transmission by survivors, sexually or otherwise, "appears to be rare".

One of the study authors was American doctor Ian Crozier, who fell ill while treating patients in Sierra Leone, recovered, and in whose eye doctors found Ebola virus months after his hospital discharge.

The team pointed out there had been hardly any care for Ebola survivors in the early part of the outbreak due to the overwhelming and urgent challenge of treating the ill.

"These findings emphasise the importance of ongoing clinical follow-up and care of all patients, starting at discharge from an ETU (Ebola treatment unit)," wrote the authors.

They also underscored "the urgent need for the greater provision of ocular (eye) care."

Commenting on the study, Luke Hunt of the Liverpool School of Tropical Medicine said there was a dire need to rebuild west Africa's shattered health systems.

"The consequences of the world's largest outbreak of EVD extend beyond the immediate effect of the epidemic," he wrote.