He Put A Camera In His Shoe For 'Upskirt' Shots. It Exploded

A Wisconsin man thought he had come up with a way to look up the skirts of women and perhaps take a video using a shoe camera. Just s he was testing it out, the camera burst, injuring his foot and derailed his scheme. 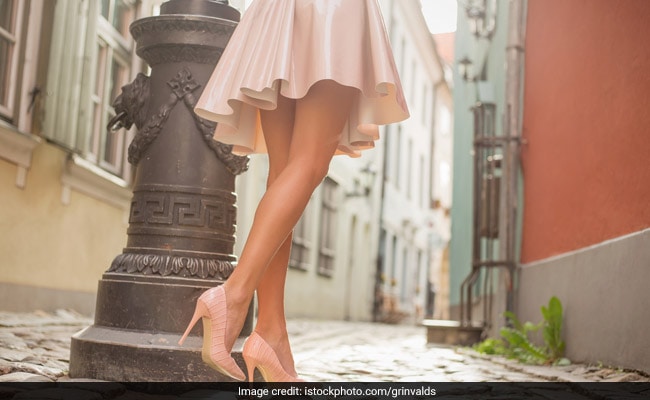 The person attempted testing his shoe-camera but it burst before he could do anything with it.

A Wisconsin man thought he had come up with a way to creep under the skirts of women and take some invasive and, perhaps, to him, titillating video, according to police in Madison, Wisconsin. Unlike other "upskirting" instances, in which people have been caught using cellphones to record invasive photos of women, this 32-year-old thought he'd try a different approach: a shoe camera.

It's unclear what a "shoe camera" entails, but this unidentified man found a camera he could attach to his shoe and purchased it with the intention of taking videos under women's skirts, according to a Tuesday report from Madison Police Chief Michael Koval.

But before capturing any footage, the man decided to test out the camera at home, Officer David Dexheimer told the Wisconsin State Journal.

Just then, the device's battery blew up, injuring the man's foot and derailing his scheme, Koval wrote.

He sought out medical treatment for minor burns, Dexheimer told the Wisconsin State Journal. But as it turns out, the explosion hurt not only his foot, but also his conscience.

The man opened up about what happened to a clergyman, Dexheimer said. The clergyman suggested that the man turn himself in to the authorities, and accompanied him to the police station.

At about 5:30 p.m. Tuesday, police officers at a Madison station were contacted by the man, who admitted to his failed upskirting plans. The man was "counseled on his actions," Koval wrote, but ultimately released because he had not actually taken any illegal videos.

It appears that the explosion, and the advice from the clergyman, worked out in the man's favor - for the time being. Authorities are continuing to investigate, Koval said.

Upskirting, in its various forms, is not uncommon. Some reports have even found a spike in upskirting incidents in recent years, as phone cameras and other recording devices have become ubiquitous. Upskirting has been reported in Metro transit stations, Walmarts and grocery stores across the country.

Upskirting is illegal in many places, including Wisconsin. Under a 2015 Wisconsin law, anyone who uses a device to record "under the outer clothing" of a person without their consent can be found guilty of a felony.

In other places, however, the law has been murkier. In Georgia, for example, a court in 2016 ruled that "upskirting" was legal in public places, such as a Publix grocery store.