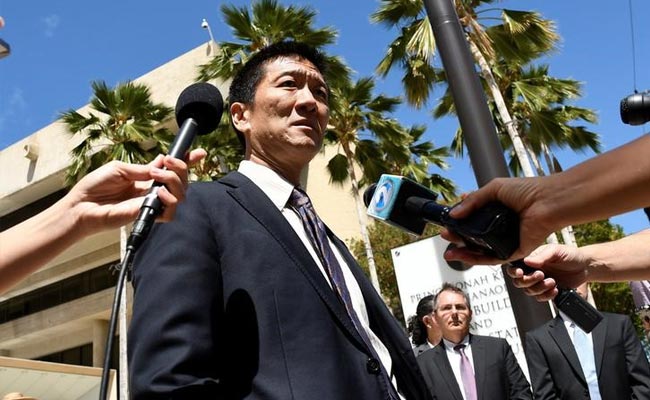 US District Judge Derrick Watson turned an earlier temporary restraining order into a preliminary injunction in a lawsuit brought by the state of Hawaii challenging Trump's travel directive as unconstitutional religious discrimination.

Trump signed the new ban on March 6 in a bid to overcome legal problems with a January executive order that caused chaos at airports and sparked mass protests before a Washington judge stopped its enforcement in February. Trump has said the travel ban is needed for national security.

In its challenge to the travel ban, Hawaii claims its state universities would be harmed by the order because they would have trouble recruiting students and faculty.

It also says the island state's economy would be hit by a decline in tourism. The court papers cite reports that travel to the United States "took a nosedive" after Trump's actions.

The state was joined by a new plaintiff named Ismail Elshikh, an American citizen from Egypt who is an imam at the Muslim Association of Hawaii and whose mother-in-law lives in Syria, according to the lawsuit.

Hawaii and other opponents of the ban claim that the motivation behind it is based on religion and Trump's election campaign promise of "a total and complete shutdown of Muslims entering the United States."

"The court will not crawl into a corner, pull the shutters closed, and pretend it has not seen what it has," Watson wrote on Wednesday.

Watson wrote that his decision to grant the preliminary injunction was based on the likelihood that the state would succeed in proving that the travel ban violated the US Constitution's religious freedom protection.

Trump has vowed to take the case to the US Supreme Court, which is currently split 4-4 between liberals and conservatives with the president's pick - appeals court judge Neil Gorsuch - still awaiting confirmation.
© Thomson Reuters 2017

(Except for the headline, this story has not been edited by NDTV staff and is published from a syndicated feed.)
Comments
US Travel BanDonald Trump Travel BanHawaii Attorney General Douglas Chin